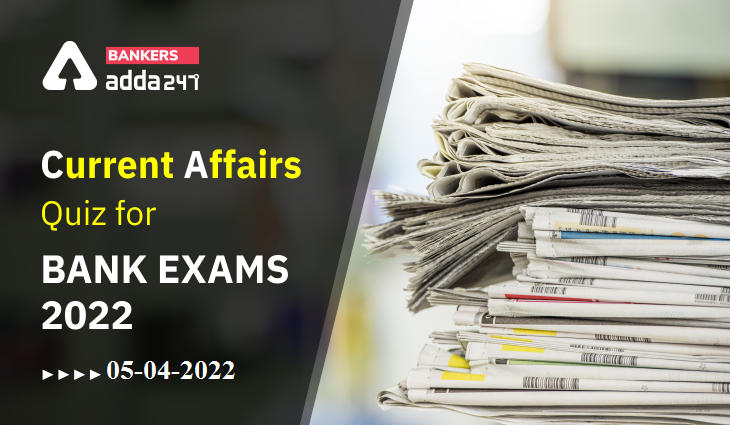 Q9. Which state has recently launched the portal of ‘Mukhya Mantri Bagwani Bima Yojana’ with an initial corpus of Rs 10 crore for the scheme?
(a) Maharashtra
(b) West Bengal
(c) Gujarat
(d) Madhya Pradesh
(e) Haryana

S1. Ans.(d)
Sol. The United Nations’ International Day for Mine Awareness and Assistance in Mine Action is celebrated every year on 4th of April.

S8. Ans.(c)
Sol. As per the data from Centre for Monitoring Indian Economy (CMIE), the overall unemployment rate in India fell to 7.6 percent in March 2022. This rate was 8.10 percent in February 2022.

S12. Ans.(d)
Sol. In a move to provide safe transport to women and girl students, the police in Andhra Pradesh’s Chittoor have set up three ‘She Auto’ stands, the first of its kind in the state.

S14. Ans.(a)
Sol. Karnataka and Gujarat registered the least unemployment rate at 1.8.percent each in March, 2022.