Daily GK updates are incorporated with the important news that made the current affairs headlines for banking or other competitive exams. Daily GK Update is the complete bag of the important news that held all day long. One should have complete knowledge about the banking terms, current affairs news, etc. So, here is the GK update of 08th June 2020 to help you prepare the Current affairs part. After reading this section, you can successfully attempt Current Affairs Quiz. 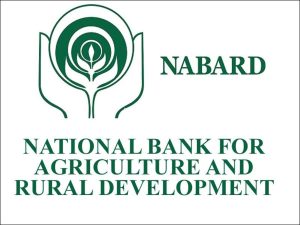 National Bank for Agriculture and Rural Development has extended a Special Liquidity Facility (SLF) of Rs 270 crore to Assam Gramin Vikash Bank to support the agricultural activities of the farmers amid COVID-19 pandemic. This line of credit would enable the farmers in enhancing their crop production and hence this amount would prove to be a boon to the agriculture credit of the state at this difficult hour. 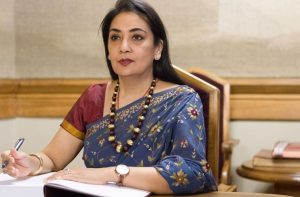 3. M Nethra appointed as ‘Goodwill Ambassador for the Poor’ by UNADAP 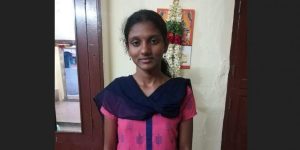 13-year old girl from Tamil Nadu, M Nethra has been appointed as the ‘Goodwill Ambassador for the Poor’ by the United Nations Association for Development and Peace. The UNADAP recognition brings to the girl the opportunity to address the upcoming Civil Society forums at the UN conferences in New York and Geneva. The Dixon Scholarship has awarded Nethra a scholarship amount of Rs 1,00,000. 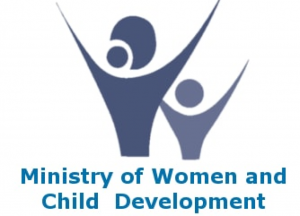 A 10-members task force has been constituted by the Government of India to evaluate issues related to Infant Mortality Rate, Maternal Mortality Rate, Total Fertility Rate, Sex Ratio at Birth, Child Sex Ratio (CSR) and any other issue that pertains to health as well as nutrition. The task force has been set up by the Women and Child Development Ministry and will be headed by Jaya Jaitly. 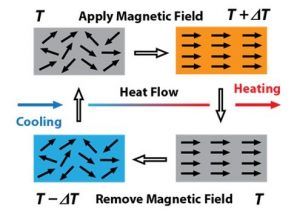 The scientists at the International Advanced Research Centre for Powder Metallurgy and New Materials (ARCI) has developed Magnetocaloric material, a rare-earth-based material that can be effectively used for cancer treatment. In this material, the application and removal of a magnetic field causes the materials to become warmer or cooler and hence, it provides controlled heating. It will also reduce the treatment time of cancer tumours. 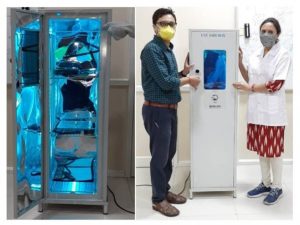 A UVC-based Cabinet has been co-developed by the International Advanced Research Centre for Powder Metallurgy and New Materials (ARCI) and the MEKINS Industries. The device will disinfect non-critical hospital items, laboratory wear, and PPEs in order to prevent surface contamination of COVID 19. It will also have the capability to disinfect items that have been exhibited to customers in commercial establishments and several domestic items. 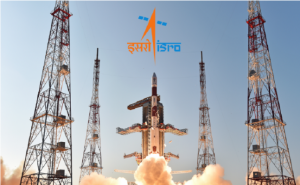 Indian Space Research Organization (ISRO) has signed an agreement with Aryabhatta Research Institute of Observational Sciences (ARIES) for cooperation in the field of Space Situational Awareness (SSA) and Astrophysics. The main objective of the MoU is to shield the Indian Space assets from the space debris’s conjunction threats and R&D of Astrophysics, solar sciences and space environment are the base for future space exploration projects and the key to progress in the Indian Space sector. 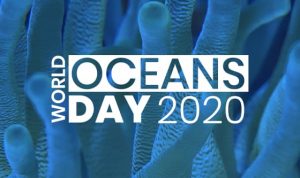 World Ocean Day is observed globally on 8th June every year to raise global awareness about the importance of the ocean in our lives and the ways through which we can protect it. The theme of UN World Oceans Day 2020 is “Innovation for a Sustainable Ocean.” Officially World Ocean Day was established by the United Nations General Assembly in 2008. 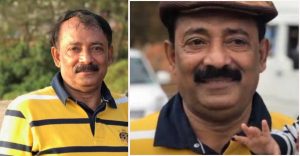 Former Santosh Trophy player, Hamza Koya passed away due to COVID-19. He had played for Maharashtra state in Santosh Trophy in the 1980s. He started his football his career with Western Railway. 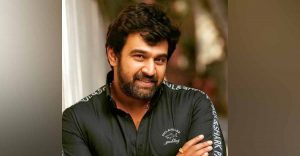 Kannada actor Chiranjeevi Sarja who made his debut with the movie ‘Vayuputra’, passed away. He has featured in films such as Samhaara, Aadyaa, Khaki, Sinnga, Amma I Love You, Prema Baraha, Dandam Dashagunam and Varadhanayaka among others.