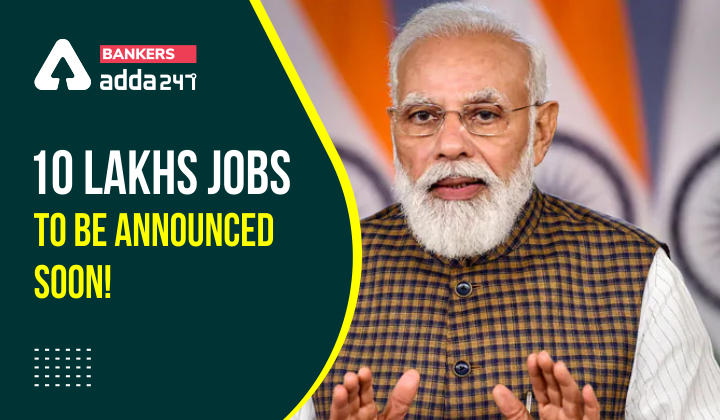 A piece of very good news is coming out for all the government job aspirants who are working really hard to get their dream job. Recently Prime Minister Narendra Modi reviewed the Human Resources status in all the government departments and ministries. After review, Prime Minister Narendra Modi Instructed to recruit 10 lakh people in the next 1.5 years. The official Twitter handle of PMO India has confirmed this statement as it reads out that ” PM Modi reviewed the status of Human Resources in all departments and ministries and instructed that recruitment of 10 lakh people be done by the government in a mission mode in next 1.5 years”.

10 Lakhs Jobs To Be Announced Soon!

The instructions from Prime Minister Narendra Modi have come at a time when the opposition parties have been raising the issue of unemployment across the country. Day by day the number of vacancies in the government departments and ministries is decreasing which ultimately demotivates the students who have been preparing for competitive exams but this step will boost the morale of all the aspirants. Now instead of complaining and asking about the schedule of the vacancies, candidates must keep the focus on their preparation so that whenever the jobs are announced they are fully prepared for them. The maximum number of vacancies are in major departments of the government of India like revenue, Defence, Post, and Indian railways. As on March 1, 2020, the government told in the parliament that around 8.72 lakhs posts have been lying vacant. The government is trying hard to fill up these vacancies.