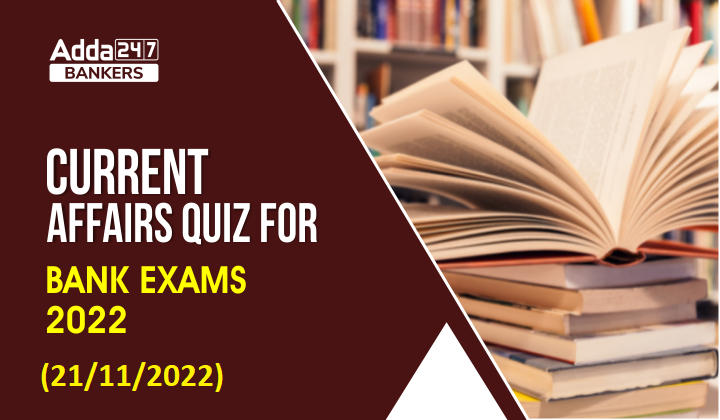 Q1. Who has represented India at the inauguration of the FIFA World Cup 2022 in Qatar?
(a) Narendra Modi
(b) Amit Shah
(c) Rajnath Singh
(d) Droupadi Murmu
(e) Jagdeep Dhankhar

Q4. Who is the author of a new book titled ‘The World: A Family History’?
(a) Ruskin Bond
(b) Chetan Bhagat
(c) Amish Tripathi
(d) Simon Sebag
(e) Grigory Potemkin

Q13. What is the theme of International children’s day 2022?
(a) Children of today, our keepers tomorrow
(b) Time to focus on impact of climate change, COVID-19 on our young ones
(c) A Better Future for Every Child
(d) Children are taking over and turning the world blue
(e) Inclusion, for every child

Q15. What is the theme of SCO summit 2023?
(a) Food Security
(b) For a SECURE SCO
(c) Role of Ayurveda
(d) Better connectivity and giving transit rights
(e) Multi-alignments

S1. Ans.(e)
Sol. Vice President Jagdeep Dhankhar has represented India at the inauguration of the FIFA World Cup 2022 in Qatar. He visited there at the invitation of Sheikh Tamim bin Hamad Al Thani, Amir of the State of Qatar.

S3. Ans.(c)
Sol. Former bureaucrat Arun Goel has been appointed as Election Commissioner of India. Goel is a 1985 batch IAS Officer of the Punjab cadre.

S5. Ans.(b)
Sol. World Children’s Day is observed every year on 20 November. To promote awareness of the children all around the world who have been victims of abuse, exploitation, and discrimination.

S7. Ans.(c)
Sol. World Television Day is observed on 21 November, every year. It is a day that recognizes the value and impact of television in our lives. We all know television plays a crucial role in society and in an individual’s life. It is our daily source of entertainment and information.

S8. Ans.(d)
Sol. The official mascot of the Qatar World Cup is La’eeb. The adventurous, fun and curious La’eeb was unveiled during the Qatar 2022 Final Draw, which took place in Doha on April 1, following a tradition that was initiated in England 1966.

S10. Ans.(e)
Sol. Veteran Punjabi actress Daljeet Kaur passed away at age of 69. She was one of the most popular actors in the Punjabi film industry through the 1970s and 1980s.

S13. Ans.(e)
Sol. The theme for International children’s day is, “Inclusion, for every child”. This theme means that every child belonging to any society, community or nationality is entitled to equal rights.

S14. Ans.(d)
Sol. The name of the football to be used during the world cup is Al Rihla. Al Rihla means “Journey” in Arabic. It has been made by the German multinational company Adidas.

S15. Ans.(b)
Sol. The theme of the event is “For a SECURE SCO”. Prime Minister Narendra Modi had floated the concept of SECURE at the Shanghai Cooperation Organisation (SCO) summit in China in 2018.