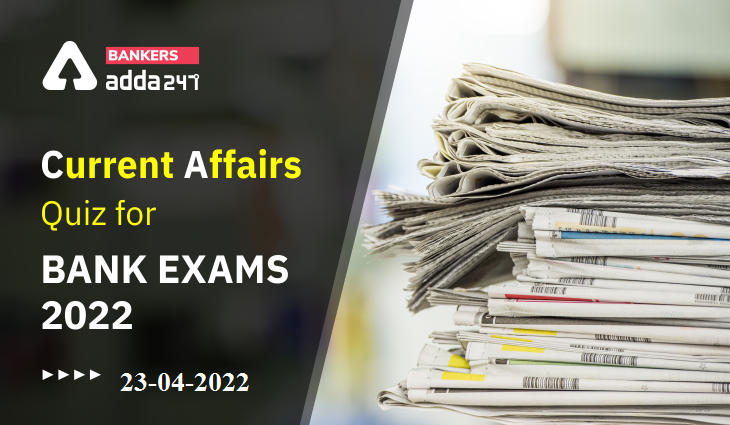 Q7. What is the theme of Earth Day or International Mother Earth Day 2022?
(a) Invest in our planet
(b) Restore our Earth
(c) Climate action
(d) Protect our species
(e) End Plastic Pollution

Q9. Kieron Pollard announced retirement from International Cricket recently. He is an all-rounder of which of the following country?
(a) West Indies
(b) England
(c) Australia
(d) South Africa
(e) Zimbabwe

S1. Ans.(e)
Sol. The India Post Payments Bank (IPPB) has launched an initiative called Fincluvation, as a part of the occasion of the Azadi ka Amrit Mahotasav to celebrate 75th anniversary of Indian Independence.

S5. Ans.(d)
Sol. In a First of its kind initiative, a mobile app ‘Khelo India Uni Games 2021’ was launched for the 2nd edition of Khelo India University Games, which was organised by the Department of Youth Empowerment and Sports along with the Jain Deemed to be University, Bangalore, Karnataka.

S10. Ans.(b)
Sol. The 3-day “Smart Cities, Smart Urbanization” conference had a grand opening in Surat. The event is being organised by the Ministry of Housing and Urban Affairs (MoHUA), Government of India with Surat Smart City Corporation Development Ltd.