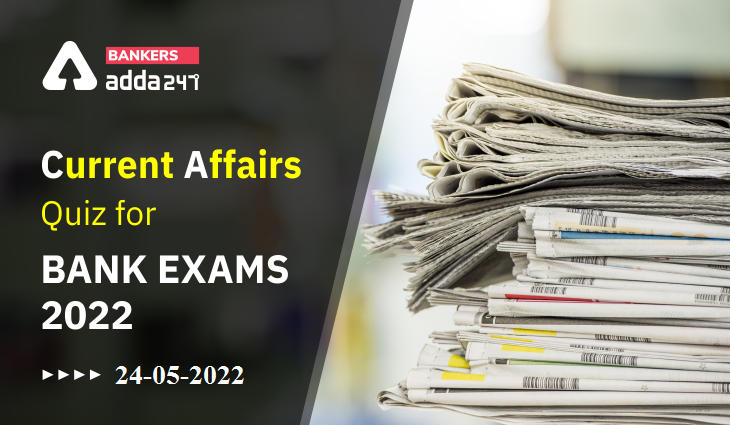 Q6. What is the theme of International Day for Biological Diversity 2022?
(a) We’re part of the solution #ForNature
(b) Building a shared future for all life
(c) Our Biodiversity, Our Food, Our Health
(d) Celebrating 25 Years of Action for Biodiversity
(e) Biodiversity and Sustainable Tourism

Q12. Who has become one of the youngest Indian mountaineers to summit the Everest Base Camp (EBC) in the Himalayan ranges in Nepal?
(a) Roshini Sharma
(b) Rhythm Mamania
(c) Nidhi Tripathi
(d) Rajni Sethi
(e) Mahi Singh

S1. Ans.(d)
Sol. IT major Infosys announced that its Board of Directors has reappointed Salil S. Parekh as Chief Executive Officer and Managing Director (CEO & MD) of the Company effective from July 1, 2022 for a period of five years till March 31, 2027.

S2. Ans.(a)
Sol. Vijay Shekhar Sharma has been re-appointed as the Managing Director (MD) and Chief Executive Officer (CEO) of Paytm for another 5 years term. His tenure will be from December 19, 2022, to December 18, 2027.

S3. Ans.(e)
Sol. German club Eintracht Frankfurt has won their first European trophy in 42 years after defeating the Rangers by 5-4 on penalties in Seville, Spain.

S4. Ans.(a)
Sol. International Day for Biological Diversity or World Biodiversity Day is observed on 22nd May every year to increase awareness and understanding of the issues of biodiversity.

S5. Ans.(c)
Sol. United Nations (UN) International Day to End Obstetric Fistula is marked on 23rd May since 2013 to promote action towards treating and preventing obstetric fistula, a condition that affects many girls and women during childbirth in developing countries.

S6. Ans.(b)
Sol. The theme in 2022 is “Building a shared future for all life”. Fitting within the context of the ongoing United Nations Decade on Restoration.

S8. Ans.(b)
Sol. Odisha women’s team has won its first-ever gold in Senior Nationals as they blanked Karnataka 2-0 in the final of the 12th Hockey India Senior Women’s National Championship.

S9. Ans.(d)
Sol. Anjali Pandey, Engines and Components Business Unit Leader at Cummins India has been awarded with the Committed Leader Award at CII EXCON 2022 in Bengaluru for her efforts to create a more diverse, equitable, and inclusive workplace.

S12. Ans.(b)
Sol. A little 10-year-old champion skater from Worli, Rhythm Mamania, has become one of the youngest Indian mountaineers to summit the Everest Base Camp (EBC) in the Himalayan ranges in Nepal.