Directions (6-10): A Number arrangement machines when given an input line of numbers rearranges them following a particular rule in each step. The following is an illustration of input and rearrangement.

Step V is the last step of the arrangement. As per the above rule followed in the above steps, find out in each of the following questions the appropriate step for the given input:

Directions (14-15): Study the following data carefully and answer the questions accordingly.
Deepak started walking in the east direction and walked 6m. Now, he took a right turn and walked 5m before taking a left turn. From here, he walked 8m and took two consecutive left turns to walk 8m and 16m respectively. Finally, he turned south and reached his school after walking a distance of 6m.

Q14. School is in which direction of Deepak’s starting point?
(a) West
(b) South
(c) South-West
(d) North-East
(e) Can’t be determined 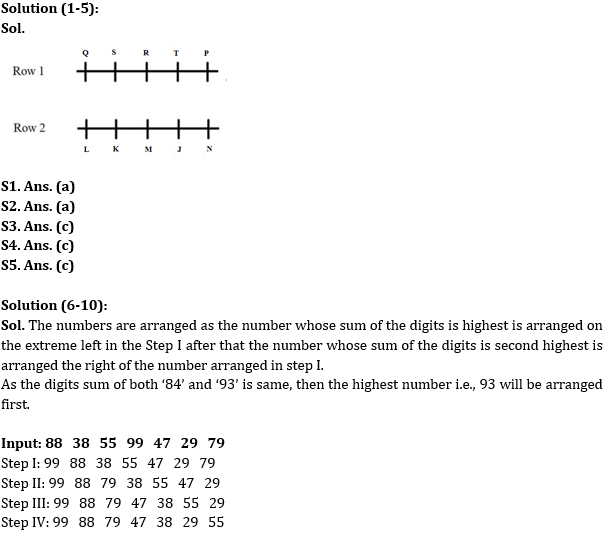 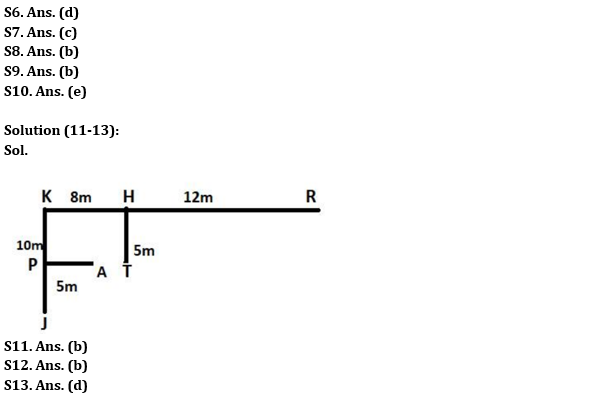