Daily GK updates are incorporated with the important news that made the current affairs headlines for banking or other competitive exams. Daily GK Update is the complete bag of the important news that held all day long. One should have complete knowledge about the banking terms, current affairs news, etc. So, here is the GK update of 28th June 2020 to help you prepare the Current affairs part. After reading this section, you can successfully attempt Current Affairs Quiz. 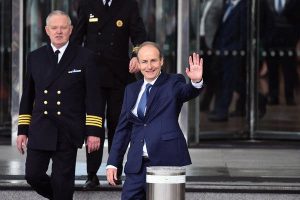 Micheal Martin has been elected as new Prime Minister of Ireland by the lower house of the Irish parliament. There are altogether 160 seats within the current lower house of Irish parliament with one seat getting to the speaker of the house who wasn’t involved within the vote. He won the election after receiving 93 votes in favour, 63 votes against and 3 votes in abstention. 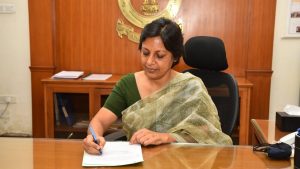 IAS Vini Mahajan has become 1st woman chief secretary of Punjab. She is a 1987-batch IAS officer. She will replace Karan Avtar Singh, who has now been posted as Special Chief Secretary, Governance Reforms and Public Grievances. Presently, Vini Mahajan is the only Punjab cadre officer in the state to hold a Secretary’s post at the Centre. 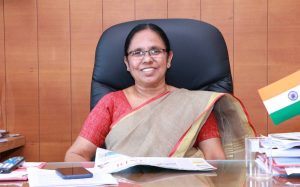 Kerala Health Minister K.K Shailaja was honoured by the United Nations for her efforts to fight the coronavirus pandemic in her state. She was praised for maintaining low mortality rates in Kerala. She was also one among several leaders across the world who were invited to speak on the occasion of United Nations Public Service Day. 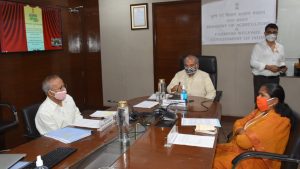 The web portal of the Garib Kalyan Rojgar Abhiyaan has been launched by the Union Minister of Rural Development, Panchayati Raj and Agriculture & Farmers’ Welfare, Narendra Singh Tomar. The web portal has been set up to provide information to the public regarding the various district-wise and scheme-wise components of the Abhiyaan. It will also help in monitoring the progress of completion of the works being undertaken in 116 districts of 6 states, with more than 25000 returnee migrant workers per district. 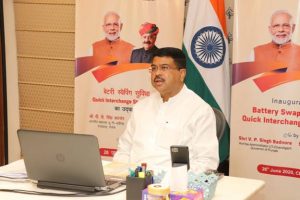 Battery Swapping Facility Quick Interchange Service (QIS) has been inaugurated at Chandigarh. Indian Oil has signed a non-binding Strategic cooperation document with M/s Sun Mobility to explore the establishment of Energy infrastructure for Electric vehicle via Battery Swapping model across Indian Oil Retail outlets in select cities. The Battery swapping technology provides the best alternative to slow charging, hence, helps the drivers to make optimum use of the operational hours.