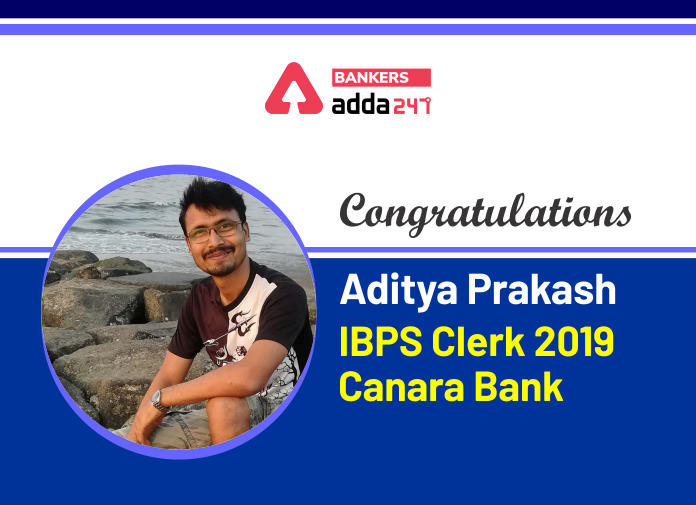 My name is Aditya Prakash. I would like to present a brief history of myself before delving into my aspirational journey. I am from a lower-class family. I am a Management Graduate from the University of Mumbai. I graduated in the year 2009. Academically, I would not call myself exceptional but I am determined towards my goals.

After Graduation, due to the weak financial posture of my family, I started searching for a job. I had no idea what to do but Mumbai is the Land of Opportunities and after 15 to 16 interviews I earned a job in a BPO. This was the time of the 2008-09 financial crisis and I was fortunate to get a job at this time. I have worked with many MNCs including Tech Mahindra, Hutchison, TCS, OCWEN, Sutherland, Convergys, American Express, etc. I was just unable to settle down in one particular job profile for some unknown reason. I continued my professional career in MNCs until 2017 when I decided to quit my job for better prospects.

A few years passed and one of my close friends discussed preparation for bank exams who was already doing it. He was even attending coaching classes for the same. This was the year 2013. I was not very happy in my current role and thus I decided to give it a shot. It was not a wholehearted effort. I just sat in the exam with no preparations. And of course, I never got through.

In the year 2014-15, my close friend (brother from another mother) got through in RBI Assistant. We both attended the exam but he got selected and I could not get through as I never prepared for it. After seeing him get the job at such a prestigious organization and seeing the change in his lifestyle, my eyes were wide open in surprise.

Probably this is the time when I decided that I will start preparations on a serious note. I was working at that time in a US Mortgage Firm and was getting paid a handsome salary too. However, it was an impulsive decision. I had not prepared for the future and very soon I was hit hard by monetary issues as I was the person looking after the household expenses and the rent etc. Even my sister’s education was at stake. In just a few months I realized that leaving my job was not a good idea. The reality of life and my dreams were clashing. I again started searching for another job. Pursuing the Government Job hid inside my subconscious mind. I also had a breakup during this time due to my unsettling and wandering nature. I was shattered at all the fronts of life.

In October of 2015, I joined AMEX as a Fraud Prevention Analyst, again a well-paid job. Working at AMEX, somehow changed me a lot. Sometimes I feel, had I not joined AMEX, I would have gone mad. It was now and here, I started introspection.

I went through my life’s journey and the decisions that I took. I have spent months doing self-actualization. The Year 2016 was coming to an end. I was completing a year with AMEX. Things were smooth, however, one day, at work, my subconscious awoke and I again remembered my dream of getting a Government Job.

This time I did not take decisions hastily. I first adjudged my desires and it was rock solid and firm for getting a Government Job. Then after coming home I started calculating my finances. To my agony, I didn’t have enough bank balance. Living in Mumbai is costly plus I am a spendthrift. I realized that I was 29 years old and I wanted to prepare for Bank Exams until either I get a job or my age limit is over. This meant that I would need to save money for the next 3-4 years of upcoming expenses. I started saving as much as I could. In June 2017, I left my job for the final time from AMEX with 1.8 lakhs in my bank account and an expected Provident Fund of 75-80 thousand. I thought this would support my family and with my father’s little income as a security guard, we would be fine.

I started preparation but studying was a real challenge. I had not studied seriously since 2009 and my mind had become an expert in getting distracted at petty things. I could not study for more than 30 minutes at a stretch.

The Strategy: I don’t have one. It’s very similar to what everyone does. I am good at English. I have score 29-30 marks in many prelims. Its something that I knew I am natural at so I didn’t focus much at it. I was weak in Reasoning and Quantitative Aptitude. I started studying chapter wise like everyone else to understand the concepts. Slowly I became good at it but I am still not perfect in these two sections. I realized that I really like studying for current affairs. I could finish a month’s current affairs in one night with static details. Initially doing Current Affairs was a challenge but I kept at it and things fell in place. I can say this with utmost certainty that if I have achieved my dreams then it’s due to English and General Awareness. Of course, I developed myself at Quants and Reasoning.

Exams Appeared: It might surprise you but including, Prelims and Mains, I would have appeared for at least 100 exams.

Its been a hell of a ride altogether. I believe I have become a better person now, more determined, focussed, meticulous. The preparation for Bank/Govt Exams was the biggest gamble of my life. Leaving the job at the age of 29 years was unimaginable. When I look back I learn that I always strove for something that I was not. Sometimes the Goals become so important that failure is just not an option. My family had to go through a lot of ups and downs all this while. There have been days when we did not have food to eat. Our rent had been pending for 6 months. I took this challenge at War Front. In War when the best of the weapon fails, when the cutting edge intel fails, we just rely on our instinct and might. Some so many people cry when they get selected but to me, nothing of this sort happened maybe because I have not attained my ultimate target (unknown to me) or maybe because I reached that level where the meaning of success and failure was all the same.

A few pieces of advice which I would like to make are: Keep away from Pessimism, Use Technology to your advantage, Be ready to accept rejections, Strategise on your failures, Don’t lose Hope and Focus, Keep yourself well entertained and Don’t Stop until you get A Joining Date.

Leaving You with some beautiful line: “No Failure is too Big and No Achievement is too Miniscule”, “Keep walking, even baby steps count and it’s not about the Destination but the Journey holds importance too”, “Set your Goal so High that you can not achieve it unless you become that person who can”

You also Can become achiever, try these study materials to crack the IBPS Clerk exam:-