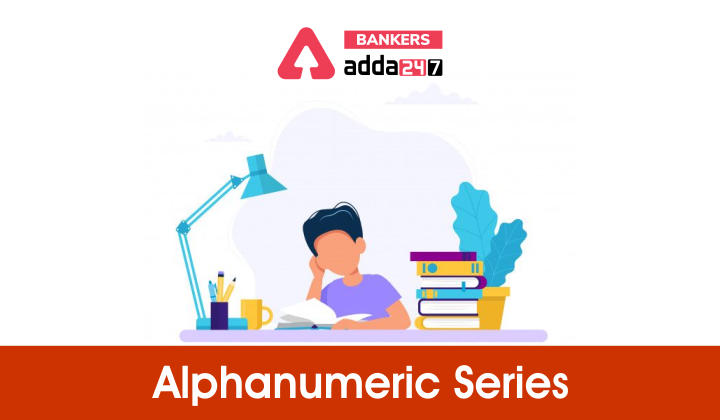 Q.1 How many such vowels are there in the above arrangement each of which is immediately preceded by a consonant and immediately followed by a number

Preceded- It means before

Followed- It means After

Common Mistake- Most of the candidates do this mistake in this kind of alphanumeric series is that they try to follow the sequence. But the correct method should be that you should find that character which is least in the series which is vowels here i.e. A,E,I,O,U. So the pair would be TE3, KA8, WI6

Q.2  Which of the following is the seventh to the right of the twentieth from the right in the above arrangement?

Concept- So when in the question you find two times right then substract the place values like here you would do 20 minus 7 and you will get 13 so now count 13th from the right end.

Q.3 What should come in place of the question mark in the following series based on the above arrangement

When you have to find the missing element then try to crack the logic. In the above series there is a pattern that there is a gap of one element between the two characters given above.

Q.4 Four of the following five are alike in a certain way with regard to their position in the above arrangement. Which is the one that does not belong to that group

Q.5 If we remove all the vowels in the series then which of the following element will be 7th from right end

Common mistake- Due to the pressure of exam some candidates starts arranging the letters in word in alphabetical order but we have to arrange words not letters. So the simple concept in these kind of questions which candidates need to follow is the first word will be the one whose first letter comes before the others similarly you have to arrange all the words. In the above problem the first word will be IMX.

Q2. How many such numbers are there in the given arrangement each of which is immediately preceded by a consonant but not immediately followed by a letter?
(a) One
(b) None
(c) Three
(d) Two
(e) Four

Q3. How many such symbols are there in the arrangement, each of which is immediately followed by a letter but not immediately preceded by a number?
(a) One
(b) Three
(c) None
(d) Two
(e) More than three

Q5. Four of the following five are alike in a certain way based on their positions in the given arrangement and so from a group. Which is the one that does not belong to that group?
(a) DC6
(b) @©L
(c) 9ZQ
(d) 5P1
(e) #MP

Q10. How many odd numbers are there in the given series which are immediately followed by a perfect square digit?
(a) One
(b) None
(c) Three
(d) Five
(e) Seven

Q11. How many digits are there in above arrangement which is immediately followed by vowel?
(a) Two
(b) Four
(c) One
(d) Three
(e) None

Q14. How many consonants are there in above arrangement which is immediately preceded by consonant and immediately followed by vowel?
(a) Four
(b) Three
(c) Two
(d) One
(e) None