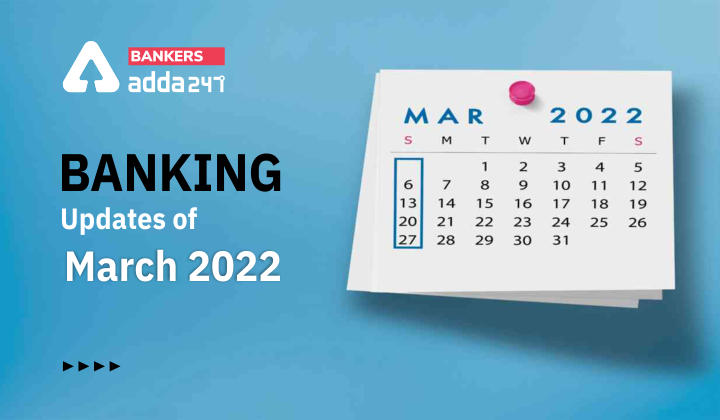 The Reserve Bank of India (RBI) does not expect inflation to remain above 6% for long, governor Shaktikanta Das said on Monday. Given the strength of its foreign exchange reserves, the Indian economy is at present better placed to weather the effects of a hike in US interest rates than it was during the taper tantrum of 2013, Das observed, speaking at the Confederation of Indian Industry’s (CII) national council meeting. ( 21.03.22)

There is no prospect of the economy falling into a stagflation vortex and retail inflation is expected to moderate going forward, Reserve Bank Governor Shaktikanta Das said on Monday, notwithstanding fears of imported inflation given the massive spike in commodity prices, especially crude oil, after Russia invaded Ukraine last month.

Lakhs of rupees in your bank account may turn to zero in seconds if you are not aware of the many new online tricks used by fraudsters. According to the RBI, fraudsters are finding new ways to defraud the gullible public through various ingenious methods.

RBI says that sharing of confidential information by the customers, knowingly or unknowingly, is one of the major causes leading to the financial frauds. Hence, you should be alert while doing online transactions.

The RBI recently released a booklet on the common modus operandi used by fraudsters.

With RBI removing the caps on the pricing of small loans given by NBFC-MFIs, the playing field has been made level for all players in the microfinance space.

Loans will be underwritten on a risk-based analysis, and the lender will charge a risk premium to the borrower.

The removal of the interest rate ceiling—10-12 ppts above the institution’s cost of funds, or 2.75X the average base rate of the five largest commercial banks, whichever is lower—will make the players compete on loan pricing and benefit the borrowers.

India’s March 21 clarification that losses made while trading in one crypto asset cannot be set off against gains from another will likely result in less speculative trading, experts said.

The government said March 21 that losses from the transfer of virtual digital assets cannot be set off against gains from another and neither could mining costs be treated as acquisition cost for tax deduction purposes.

The licence was cancelled as the bank does not have adequate capital and earning prospects, the RBI has said

On March 7, RBI published a booklet named ‘BE(A)WARE – A Booklet on Modus Operandi of Financial Frauds’ that talked about modus operandi of various digital frauds and steps that can be taken to prevent the same. Following are some of the key frauds that users must lookout for while conducting their next financial transaction:

According to the report, the charging port of a mobile phone can also be used to transfer files and data. The RBI says it is of utmost importance for the customer to avoid using any public and unknown charging port or cables as fraudsters may use such public charging ports to transfer malware to customers’ phones and access, take control or steal data such as emails, SMS and saved passwords.

The Reserve Bank of India (RBI) clarified on March 9 that the Reserve Bank–Integrated Ombudsman Scheme 2021 (RB-IOS), meant for filing complaints against lenders and seeking redressal is free of cost.

People must not fall prey to misinformation that they can get their complaints resolved early by paying money to third-party service providers, the RBI said in a statement.

he Reserve Bank of India’s March 11 move to bar Paytm Payments Bank from onboarding new customers could be due to several reasons including violation in following norms related to Know Your Customer (KYC), data storage, data privacy and outsourcing of data, among others, said experts.

UPI on feature phones will help people in rural areas who cannot afford a smartphone to participate in UPI transactions, Das said.