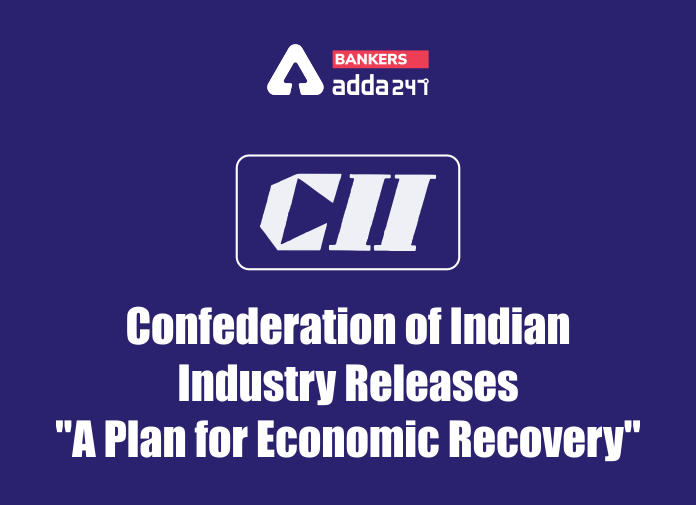 The Confederation of Indian Industry (CII) has recently released a paper titled “A plan for economic recovery”. Amid the COVID-19 pandemic, economies around the world are facing extreme damages which has been slated to be even worse than those caused by the the global financial crisis a decade back. Stating every crisis an opportunity, CII has come up with a short and medium term plan to provide India with an opportunity to reshape the industrial landscape.

About The Confederation of Indian Industry (CII):

Founded in 1895, the Confederation of Indian Industry (CII) is a non-government, not-for-profit, industry-led and industry-managed organization working towards creating and sustaining an environment favourable to the development of India and hence, plays an active role in India’s development process.

About “A plan for economic recovery”:

The Confederation of Indian Industry (CII) has recently released a paper titled “A plan for economic recovery”. In this paper, CII has projected India’s GDP growth rates as well stated short term and medium term plans for sustained recovery of Indian economy.

GDP growth projections made in the paper:

On the basis of three scenarios discussed above, CII expects GDP growth to lie between -0.9% and 1.5% for the Fiscal Year 2021.

CII has also mentioned short term & medium term recovery plans in its paper “A plan for economic recovery”. Some of the suggestions are as follows:

Therefore, in present situation Indian economy needs a combination of short-term spending and medium-term reforms for a sustained economic recovery.