Skip to content
Latest Banking jobs   »   Current Affairs 12th July 2019 |...
Dear Aspirants,
The General Awareness Section plays an important role in scoring well above cut off marks in any competitive exam. The Banking Awareness and Static Awareness questions asked in the General Awareness Section are based on Current Affairs mainly. So you need to prepare well this section to score good marks. Here is the Daily GK Update to get you acquainted with the top events that made the headlines today! 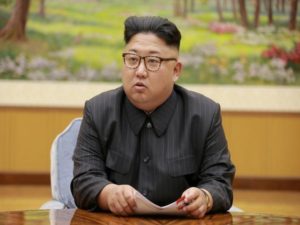 i. North Korea has revised its constitution to make Kim Jong Un as official head of state, a promotion that could help normalise the isolated country’s diplomatic relations with the rest of the world.
ii. Earlier Kim ruled as a chairman of state Affairs Commission. The previous constitution stated that the chairman of SAC served as a Supreme Leader.

i. UN Development Programme (UNDP) has released the 2019 global Multidimensional Poverty Index. Highlights of the reports are:

i. A joint venture of a Kalyani group firm and Israel’s Rafael Advanced Systems has secured a $100 million contract for manufacturing 1,000 Barak-8 MRSAM missile kits.
ii. Kalyani Rafael Advanced Systems will manufacture the kits at its production facility near Hyderabad and supply them to Bharat Dynamics for further integration. The product will be used by the Indian Army and the Air Force.
Static/Current Takeaways Important For ESIC:
4. India hands over pre-fabricated houses to Myanmar

i. India handed over 250 pre-fabricated houses to Myanmar in Maung Daw for use of displaced returnees from Bangladesh.
ii. The Indian government had taken up the project under its Rakhine State Development Programme for $ 25M for a period of five years.
Static/Current Takeaways Important For RRB NTPC/IBPS RRB Mains:
5. BCC signs MoU with BRICS chamber to promote trade

6. Rajghat coal plant to be turned into solar park

i. The Delhi government has announced that the Rajghat thermal power plant will be officially shut and turned into a solar park. A 5,000 KW of solar power will be produced at the 45 acre plant site.
ii. The coal-based plant, whose current units were commissioned in 1989, has been lying in a shutdown mode from 2014.

i. The Appointments Committee of the Cabinet has approved the appointment of Shri Vikas Swarup, High Commissioner in Ottawa as Secretary (Consular, Passport, Visa and Overseas Indian affairs) in the Ministry of External Affairs with effect from 01.08.2019.

i. The US India Strategic and Partnership Forum 2nd annual leadership summit held in Washington. “US India Bilateral Trade Report” was released on the occasion.
ii. Some findings of the report are:
Static/Current Takeaways Important For EPFO/LIC ADO Mains:
10. 19th Commonwealth Foreign Affairs Ministers Meeting in London

i. Film Divisions will launch documentary film club “KSHITIJ” in Mumbai. The club will be launched by Films Division, Ministry of Information & Broadcasting, Government of India, in association with Indian Documentary Producer’s Association (IDPA).
ii. The acclaimed documentary film “Secret Life of Frogs” by Ajay & Vijay Bedi will be screened as the inaugural film.
Obituaries
14. Soumendranath Kundu passes away