Skip to content
Latest Banking jobs   »   Current Affairs 17th July 2019 |...
Dear Aspirants,
The General Awareness Section plays an important role in scoring well above cut off marks in any competitive exam. The Banking Awareness and Static Awareness questions asked in the General Awareness Section are based on Current Affairs mainly. So you need to prepare well this section to score good marks. Here is the Daily GK Update to get you acquainted with the top events that made the headlines today!

National News
1.  Govt to increase coal production to one billion tone by 2022-23

i. GoI plan to increase the total production of coal in the country to 1 billion tone by 2022-23.
ii. Coal minister said that the gap between demand and supply of coal cannot be bridged completely as there is insufficient domestic availability of coking coal.
Static/Current Takeaways Important For EPFO/LIC ADO Main:
2. Rajya Sabha passed the Central Universities (Amendment) Bill, 2019 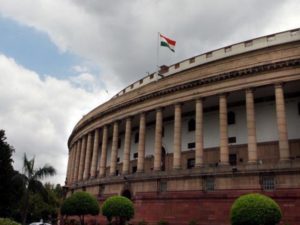 i. Ministry of Health and Family Welfare will launch a Jan Jagrukta Abhiyaan in Delhi to accelerate measures for prevention and control of Vector Borne Diseases like Malaria, Dengue and Chikungunya.
ii. It will start from 17th to 19th July, 2019 in Delhi through active involvement of people’s representatives, officers from Government of India, Government of NCT Delhi, all three Delhi Municipal Corporations, New Delhi Municipal Council, Railways and Cantonment board and other stakeholders to combat malaria, dengue and chikungunya.

i. China has gifted warship ‘P625’ to Sri Lanka. As a new member of the Lankan Navy, the ‘P625’ frigate will be mainly used for offshore patrol, environment monitoring and anti-piracy combats.
ii. The Type 053 frigate was commissioned into China’s People’s Liberation Army Navy in 1994 as the Tongling.
Static/Current Takeaways Important For EPFO/LIC ADO Mains:
Economy News
6. Centre cuts interest on GPF by 10 bps 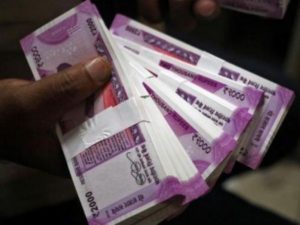 i. Finance Ministry has cut the rate of General provident fund (GPF) by 10 basis points from 8% to 7.9%.
ii. During the year 2019-2020, accumulations at the credit of subscribers to the GPF and other similar funds shall carry interest at the rate of 7.9% with effect from July 1, 2019 to 30th September 2019.
Static/Current Takeaways Important For SBI PO/Clerk Main:
Agreements
7. Israel Aerospace signs $50 million deal with Indian navy

i. The Department of Telecom (DoT) and the Indian Council for Research on International Economic Relations (ICRIER) signed a MoU to develop a Broadband Readiness Index (BRI) for Indian States and Union Territories (UT).
ii. The first estimate will be made in 2019 and subsequently every year until 2022.
9. India, Italy to set up fast-track mechanism

i. India and Italy have decided to set up a fast track mechanism to facilitate investors and companies.
ii. The meeting was attended by Ambassador of Italy to India, Lorenzo Angeloni and Secretary of Department of Industrial Policy and Promotion, Ramesh Abhishek.
iii. The fast-track system in Italy aims to identify and solve problems faced by Indian companies and investors.

i. Ursula von der Leyen has been confirmed as the European commission’s first female President and the first German in the job for more than 50 years.
Static/Current Takeaways Important For RRB NTPC/IBPS RRB Mains:
11. Coca cola appoints Sarvita Sethi in M&A role 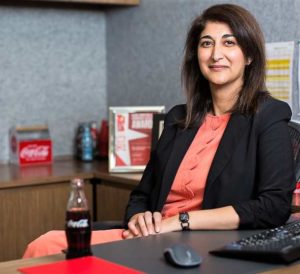 i. Global beverages major Coco-Cola announced top level changes in its india and southwest asia unit with the appointment of Sarvita Sethi as Vice president, M&A and New Ventures and Harsh Bhutani as Vice-president finance(CFO).

i. President Ram Nath Kovind has appointed Anusuiya Uikey as Governor of Chhattisgarh.
ii. Biswa Bhusan Harichandan has been named as Governor of Andhra Pradesh.

i. The General Council have selected 44 artists from the field of Music, Dance, Theatre, Traditional/Folk/Tribal Music/Dance/Theatre, Puppetry and Overall contribution /scholarship in the Performing Arts for the Sangeet Natak Akademi Awards for the year 2018.
ii. Some of the awardees are:
Static/Current Takeaways Important For SBI PO/Clerk Mains:
15. Rohan Bopanna and Smriti Mandhana got Arjuna Award

i. 13th meeting of the India-UK Joint Economic and Trade Committee (JETCO) was held in London. Union Minister of Commerce & Industry and Railways and Secretary of State for International Trade of the UK participated in the meeting.
ii. The 14th meeting of the JETCO would take place in New Delhi in 2020.
Static/Current Takeaways Important For EPFO/LIC ADO Mains:
17. India, Uzbekistan exchange views on combating terror financing

i. The 8th meeting of India-Uzbekistan Joint Working Group on Counter-Terrorism was held in New Delhi. The Joint Working Group reviewed threats posed by terrorist groups worldwide and in their respective regions including cross border terrorism.
ii. The meeting was co-chaired by Mahaveer Singhvi, the Ministry of External Affairs’ Joint Secretary for Counter-Terrorism and Ambassador Farhod Azriev of Uzbekistan.
Sports
18. 21st Commonwealth Table Tennis C’ship begins 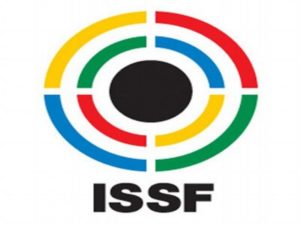