Skip to content
Latest Banking jobs   »   Current Affairs 26th July 2019 |...
Dear Aspirants,
The General Awareness Section plays an important role in scoring well above cut off marks in any competitive exam. The Banking Awareness and Static Awareness questions asked in the General Awareness Section are based on Current Affairs mainly. So you need to prepare well for this section to score good marks. Here is the Daily GK Update to get you acquainted with the top events that made the headlines today!

i. India remembers its brave hearts on 26 July which is celebrated as Kargil Vijay Diwas.
ii. On this day, the country remembers the extreme valour, sacrifice and exemplary courage of Indian soldiers during 1999 Kargil war.
iii. This year nation is celebrating the 20 years of victory in Kargil war.

i. BS Yeddyurappa, 3-time chief minister of Karnataka, will once again take the oath as Karnataka CM as the Bharatiya Janata Party has staked the claim for government formation three days after HD Kumaraswamy’s government failed to prove majority.

i. Pakistan announced that it will send its first astronaut to space in 2022.
ii. It will be using close ally China’s satellite launching facilities to execute the mission.

i. Apple has announced the acquisition of chip-maker Intel”s smartphone modem business for $1 billion.
ii. This agreement enables to focus on developing technology for the 5G network while retaining critical intellectual property and modem technology.
iii. Intel had been working on a chipset for the iPhone maker, with the chip expected to be part of iPhones by 2020.

i.The leader of the Congress party in Lok Sabha, Adhir Ranjan Chowdhury was appointed as the Chairman of the Public Accounts Committee (PAC).
ii. The PAC has 15 members from Lok Sabha and seven from Rajya Sabha.
iii. The term of office of members of the committee does not exceed one year at a time. 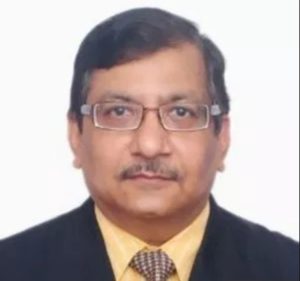 i. The Central Industrial Security Force (CISF) launched an online encyclopedia called Securitypedia and also launched customised video interface for its personnel called CISFTube.
ii. For Recognising the need to empower its personnel by making technical know-how available to them at the click of a button.

i. Kristof Milak shattered Michael Phelps’ long-standing world record in the 200 metres butterfly at the World Aquatics Championships in Gwangju.
ii. Hungarian teenager Milak won the final in 1:50.73, breaking the previous record of 1:51.51, set by Phelps in 2009.

i.The BCCI has approved the Indian Cricketers Association (ICA).
ii. The ICA is not affiliated to Federation of International Cricketers’ Association (FICA) and is only open to former men and women cricketers.
iii.Former India cricketers Kapil Dev, Ajit Agarkar and Shantha Rangaswamy are the directors at ICA.