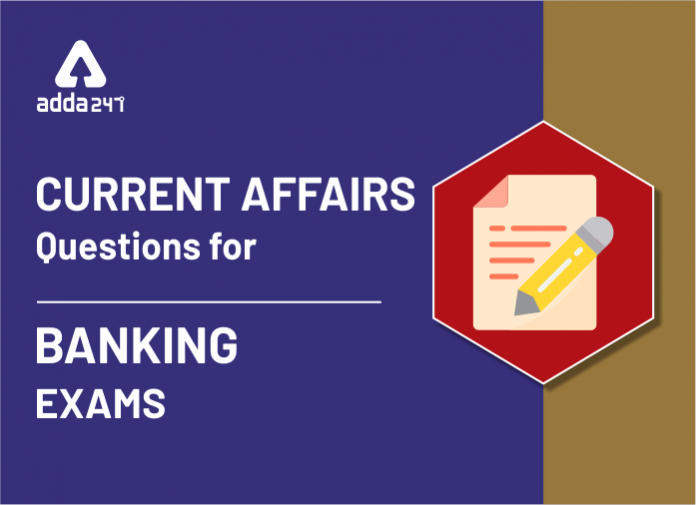 The Current Affairs section constitutes a major part of General Awareness section in a competitive examination and plays an instrumental role. To supplement your preparation for the General Awareness Section of the upcoming exams like SBI Clerk Mains, RBI Assistant Mains and SEBI Grade A Prelims, we are providing you Current Affairs Quiz of 26th August 2020 covering the following topics: Gastric Cancer, UEFA, Indian Air Force, AIIB, Gaofen-9.

Q5. Sophia Popov has won the 2020 Women’s British Golf Open. She is from which country?
(a) Portugal
(b) Germany
(c) Russia
(d) Australia
(e) Britain

S9. Ans.(b)
Sol. NLCIL, the Navratna CPSE, has bagged the award for making extremely valuable contribution in the implementation of the “Swachhta Hi Seva Programme” from the Government of India.

S10. Ans.(d)
Sol. Tata Group is launching a new app purported to bring together the country’s disparate sales sector to offer a range of consumer goods in a “super app”.