The English language perplexes most of the students and makes one nervous during the examination even if the answer to the question is known. But there are no formulas to cramp or the longer the calculation to deal with. The mistakes that occur are because of the lack of confidence. With proper strategy, Study Notes, Quizzes, Vocabulary one can calm his/her nerves and excel in no time. Make the reading newspaper, editorial a habit, and also participate in the daily quiz. The IBPS Clerk 2019 is just one step away from your reach. Here is the quiz under the Study Plan ‘FATEH’, on the IBPS Clerk Prelims English Quiz and we have  Double Fillers for 31st of October 2019. You can also check out the latest books for IBPS Clerk 2019 exam.

Directions (1-5): In each of the question given below a/an idiom/phrase is given in bold which is then followed by five options which try to decipher its meaning as used in the sentence. Choose the option which gives the meaning of the phrase most appropriately in context of the given sentence.

Q2. They go to the beach when they should be hitting the books and then they wonder why they get low marks.
(a)Scrutinizing
(b)Studying
(c)Reflecting
(d)Chew over
(e)Exploring

Q5. I’d like to do dry run with this speech before I present it to the whole company.
(a) Rehearsal
(b) Operation
(c) Interpret
(d) Fulfill
(e) Complete

Directions (6-10): Read each sentence to find out whether there is any grammatical or idiomatic error in it. The error, if any, will be in one part of the sentence. The number of that part is the answer. If there is ‘No error’, the answer is ‘e’). (Ignore errors of punctuation, if any.)

Directions (11-15): Each question below has a blank. There are five words below the sentence. Choose the most suitable word which can be filled up in the blank in the sentence in the same order so as to complete the sentences meaningfully.

Q11. The government is hesitating to produce on record the actual orders imposing ____________ on public movement and liberties.
(a) Restrictions
(b) Ordered
(c) Profound
(d) Pertinent
(e) Prominent

Q12. There had been a relaxation in some of the restraints imposed, including in mobile ______________ and landline services.
(a) Truism
(b) Clarify
(c) Repulsive
(d) Connectivity
(e) Commotion

Q15. The Sunni Waqf Board is said to have raised no objection to the ____________ of the disputed Ramjanmabhoomi-Babri Masjid site.
(a) Incriminate
(b) Acquisition
(c) Contractual
(d) Absurd
(e) Endured

S1. Ans.(a)
Sol. The most appropriate phrase/word that deciphers the meaning of the highlighted idiom/phrase is “escape” as “to give them a slip” means to “escape”.Thus the sentence means that the police were on the criminal’s trail but in the end he managed to escape from the police.All the other words do not convey the appropriate meaning.

S2. Ans.(b)
Sol. “Hitting the books” means to study especially in time of tests and exams. Here the sentence means implying the meaning of the idiom as “They go to the beach when they should be studying real hard and then they wonder why they don’t get good marks.”

S3. Ans.(c)
Sol. ’Hold your horses’ means be patient. The idiom can be used with any person/subject—hold one’s horses—so you could say, “I’ve got to hold my horses,” “they better hold their horses,” “he can’t hold his horses,” etc. It can be used when someone is asking you, or putting pressure on you, to do something.

S4. Ans.(e)
Sol. “Dead ringer” is an idiom which means duplicate or an exact copy; a person or thing that closely resembles another. It means “an exact duplicate” and derives from 19th-century horse-racing slang for a horse presented “under a false name and pedigree”; “ringer” was a late nineteenth-century term for a duplicate, usually with implications of dishonesty, and “dead” in this case means “precise”, as in “dead center”.

S5. Ans. (a)
Sol. “Dry run” is an idiom which means a rehearsal of a performance or procedure before the real one. Used in terms of performances as well as a corporate jargon which means to give something a trial before it is actually launched. Rest all the options fail to satisfy the given idiom.

S6. Ans. (b)
Sol. ‘were’ would be used instead of ‘was’ in the part (B) because the subject of the verb phrase ‘was seen’ is ‘Five kilometres’ which is a plural noun. So, there is an error in the part (B) and option (b) is the correct answer.

S7. Ans. (b)
Sol. Instead of ‘lived’, ‘has lived’ or ‘has been living’ would be used because the tense of the sentence is present tense which is evident from the phrases ‘is sitting’ present in the part (A) and ‘has never created’ in the part (C).
So, there is an error in the part (B) of the sentence, and option (b) is the correct answer.

S8. Ans. (a)
Sol. Instead of ‘Suresh will find’ in the part (A), ‘Suresh finds’ would be used because when in future, two events are mentioned, then simple present tense is used in the conditional clause or subordinate clause (the ones which start with when, if, before, after, until etc.), and the future tense is used in the principal clause.
So, there is an error in the part (A) of the sentence. Hence, option (a) is the correct answer.

S9. Ans. (c)
Sol. A present tense is used to convey ‘present habit’. So, instead of ‘she is getting up’ in the part (C), ‘she gets up’ would be used. Hence, there is an error in the part (C) of the sentence and option (c) is the correct answer.

S10. Ans. (c)
Sol. Instead of ‘have’, ‘has’ would be used because the principle subject of the sentence is ‘Seema’ which is a singular noun. When two subjects are connected through ‘as well as, in addition to, like, unlike, accompanied by, with, together with, along with’ etc. Then, the noun or noun-equivalent which appears before such words is the principle noun and the form of the verb would be decided by the principle subject. Hence, there is an error in the part (C), and option (c) is the correct answer. 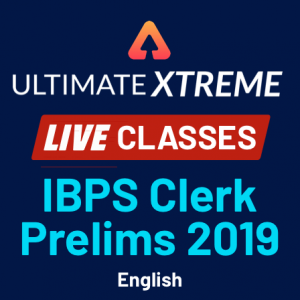