IBPS had released the calendar for the Recruitment in 2019-20. Now the next step is to start practicing for the exams from now itself. Thus, the English Language can be an impetus for your success as it helps you save crucial time and score good points in lesser time and effort. So, instead of boiling the ocean, try building up a strong vocabulary, an effective knowledge of grammar, and efficient comprehension skills so as to be on the ball to face this particular section. Here is a quiz on English Language being provided by Adda247 to let you practice the best of latest pattern English Questions for IBPS PO and Clerk Examinations 2019-20. 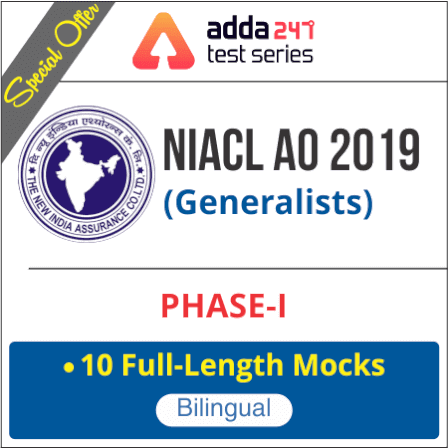