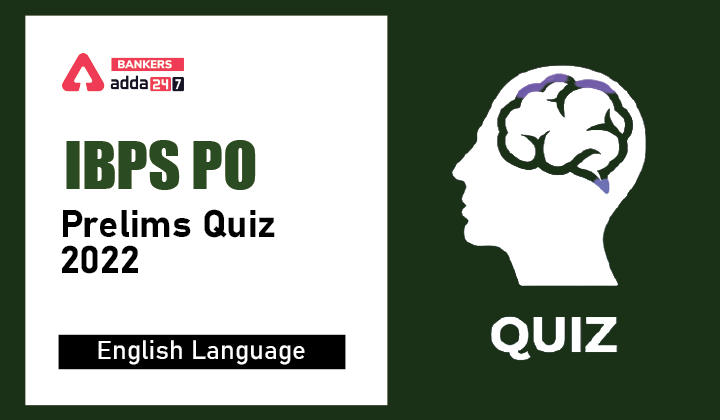 Directions (1-10): Read the following passage carefully and answer the questions given below it. Certain words/phrases have been printed in bold to help you locate them while answering some of the questions.

Over the last three centuries the world economy has evolved from a predominantly agriculture-based system to a digital economic system. The earlier economies were mainly agrarian. In this era, capital did play a role as did technological innovations such as the plough, the steamboat or the train. But land and labour were more critical.
With the service economy, the wealth create by services exceeded the wealth created through manufacturing. Here the ability of the service provider to establish a sound business gave him access to additional capital. This evolved into a global economy where goods and services were traded across international borders with little restriction. In this period, capital started flowing across borders on a large scale for the first time.
The last five years have seen the advent of the digital economy where technology is becoming the driving force. With information being the driver of value and wealth creation, information technology is becoming the key to success in a growing number of industries. In the digital economy, the power of innovation and ideas have gained the upper hand over direct access to capital.
The Indian economy is in a unique position in terms of its economic evolution. While manufacturing and service industries in India cannot freely access capital, the new breed of IT based industries have access to venture capital and private equity. The country’s potential in this emerging sector has opened the doors to capital inflows that are still not available to traditional industries.
There are two key trends which will boost the democratization of capital, either directly as funding sources or indirectly.
More effective capital market routes especially for information based and software companies.
This is already happening rapidly. A market that was supposed to be stagnating with no public offering from the manufacturing sector in the first quarter of the fiscal year, may see as many as 20-25 new software issues this year. Numerous Internet and e-commerce companies are tapping funds through the capital market. For the financial intermediaries as well as for the investing public, dot com or ‘info’ initial public offerings are fast becoming attractive investment alternatives to traditional manufacturing or financial sector offers.
With more effective capital markets, for high potential IT stocks, ‘critical mass’, which in the industrial economy was primary in ensuring as company’s ability to raise capital, will cease to matter. This underlines the manner in which a burgeoning digital economy has led to a redeployment of capital from a concentrated segment to the smaller knowledge entrepreneur.
A greater number of venture capitalists are actively seeking to fund budding knowledge entrepreneurs. Along with the rise in Net entrepreneurs one has seen the emergence of a new breed of venture capitalists who recognize the potential that resides in these ideas. The emergence and strengthening of the virtual economy necessitates sources of funds at the ‘ideation’ stage where business plans may still be at the infancy stage and potential not clearly identified.
This need is being fulfilled by the incubator funds or the angel investors who hand-hold Internet start-ups and other Info Tech ventures till the stage at which they can attract bigger investors. Instead of looking at high risk but big ventures, this genre of venture capitalists are looking at investments in companies which have the potential of excellent valuations in the future on the strength of their ideas.

Q2. How did service economy evolve into a global economy?
(a) The wealth gained through service exceeded the gain through manufacture.
(b) The services started flowing across borders.
(c) The labour started producing goods for mass market.
(d) The trade for services and goods crossed the international borders.
(e) None of these

Q3. Which of the following best describes the phrase “critical mass” as used in the passage?
(a) Paradigm shift from fund base to knowledge base
(b) The net worth of a small knowledge entrepreneur
(c) The ability of an organization to raise funds
(d) The sum total capital of industrial economy
(e) None of these

Q4. The public offer of which type of companies are preferred by the investors at present?
(a) Service sector companies
(b) Agro based companies
(c) Information based companies
(d) Companies dealing with financial sector
(e) None of these

Q5. What impact on economy has been envisaged owing to rise in net enterprise?
(a) The venture capitalists have started financing the projects even at the planning stage.
(b) The economic planning will no more be realistic now.
(c) The funding of unplanned projects have increased.
(d) Virtual economy has necessitated the source of funds from abroad.
(e) None of these

Q6. Which trend can boost capital growth in the modern era?
(a) Conversion of land and labour to private equity
(b) Converting manufacturing industries into service sector
(c) Generating resources through international trade
(d) Promoting information based and software companies
(e) None of these

Directions (7-8): Choose the word which is most nearly the SAME in meaning to the word printed in bold as used in the passage.

Directions (9-10): Choose the word which is most OPPOSITE in meaning to the word printed in bold as used in the passage.

Q14. Germany had been a nation………………in one country of numerous states which had a common language and…………………
(a) assembled, dialect
(b) assimilated, script
(c) embedded, civilization
(d) united, traditions
(e) formed, code

S2. Ans.(a)
Sol. The wealth gained through service exceeded the gain through manufacture.

S3. Ans.(c)
Sol. The ability of an organization to raise funds.

S5. Ans.(a)
Sol. The venture capitalists have started financing the projects even at the planning stage.

S7. Ans.(e)
Sol. Advent means the arrival of a notable person or thing. So, arrival is the word which is similar in meaning to it.

S8. Ans.(d)
Sol. Traditional means existing in or as part of a tradition. So, customary is the word which is similar in meaning to it.

S9. Ans.(b)
Sol. Burgeoning means begin to grow or increase rapidly; flourish. So, retarding is the word which is opposite in meaning to it.

S10. Ans.(a)
Sol. Stagnating means cease developing; become inactive or dull. So, developing is the word which is opposite in meaning to it.

S11. Ans.(a)
Sol. The correct use is ‘concluded, resorted’ where ‘concluded’ means bring or come to an end and ‘resorted’ means turn to and adopt (a course of action, especially an extreme or undesirable one) so as to resolve a difficult situation.

S12. Ans.(c)
Sol. The correct use is ‘allowed, extortion’ where ‘extortion’ means the practice of obtaining something, especially money, through force or threats.

S13. Ans.(e)
Sol. The correct use is ‘instituted, inadequate’ where ‘instituted’ means to introduce or establish (a scheme, undertaking, or policy) and ‘inadequate’ means insufficient for a purpose.