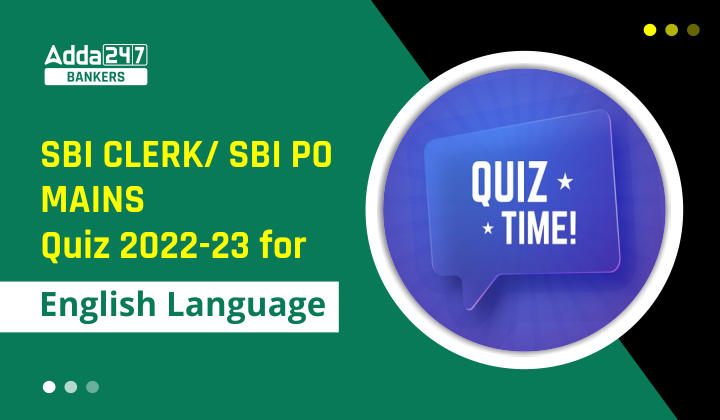 Directions (1-10): In the following paragraph, there is a set of four highlighted words against each number indicated in bold in the beginning of the sentences. One of the given set of words may or may not fit into the statement. Choose the word which is not suitable in the context of the paragraph. If all the four words are correct and feasible, choose (e) i.e. “No error” as your answer.

(1) To prevent the round-tripping of funds arising from the India Mauritius Tax Treaty, to mitigate the discriminatory tax hindrance towards Indian investors, and to promote investment in stock markets, India abolished the LTCG tax on equities in 2004-05. (2) This, however, did not forecast the round-tripping problem. Therefore, the Indian government amended the India Mauritius Tax Treaty in May 2016, reserving the right to tax capital gains on transfer of shares acquired on or after April 2017.
(3) With this iniquity in place, there is now no need to exempt Indian investors from the Long-term capital gain (LTCG) tax. (4) Since the years, the Indian share market has gained width and depth. In 2017, it emerged as the eighth largest market in the world. (5) Ideally, a part of this prosperity should go to the Indian government in the form of tax revenue. According to “The Global Competitiveness Report, 2017-2018”, the total tax rate as a percentage of profit were around 60% in India. (6) Despite the heavy tax rates, India’s budget balance as a percentage of GDP is much higher then that of the most competitive countries in the world. This is not surprising if we look at the tax-to-GDP ratio. (7) World development indicators published by the World Bank indicate that India’s tax revenue as a percentage of GDP has been around 10.5% during the last 10 years, which is just marginally higher than that of the US’ around 10%. Of the total revenue that India generates, around 55% comes from direct taxes, compared to 92% in the US. (8) High tax-to-profit ratio, low tax revenue-to-GDP ratio, and the comparing low share of direct taxes in total tax revenue hint at inefficiencies and anomalies in the Indian tax structure. (9) Community of various direct tax rates is needed to reduce the tax-to-profit ratio, but at the same time it is required to moderate the fiscal imbalances and to improve the share of direct taxes in total tax revenue. (10) High tax rates discourage economic activity, but zero tax rates result in zero revenue for the government. Mild (optimum) tax rates are needed to improve government revenue without dampening the impact on economic activity.

Directions (11-15): In each of the questions given below a sentence is divided into five parts. You must find the part which contains an error and then choose accordingly the sequence of correct parts (exclude the part which is grammatically and contextually incorrect). If there is no error in the sentence OR if all the given sequences contain the part in which there is an error then choose option (e) as your choice.

S1. Ans. (c)
Sol. Option (c) is the correct choice. The theme of the paragraph is about the LTCG tax on stock market in India. Here, the paragraph is mentioning about discrimination faced by Indian investors regarding taxation policies. “Hindrance” is a noun which means a thing that provides resistance, delay, or obstruction to something or someone therefore, it doesn’t provide the sense to the paragraph. Hence, the correct word required here is “treatment” as the sentence is mentioning about the discriminatory tax treatment towards Indian investors. Thus, eliminating the contextual error and making the paragraph coherent.

S2. Ans. (a)
Sol. Option (a) is the correct choice. Here, the word “forecast” is incorrectly used as in the paragraph, it has been previously mentioned about the problematic issue of the round-tripping funds. Therefore, the correct word required here is “resolve” or a word similar in meaning. Hence, it makes the paragraph logical and meaningful.

S3. Ans. (b)
Sol. Option (b) is the correct choice. “Iniquity” means immoral or grossly unfair behaviour. Therefore, it doesn’t satisfy the theme of the paragraph which is about the LTCG tax on stock market in India. However, in the earlier part of the paragraph it is mentioned about the amendment on the India Mauritius Tax Treaty in May 2016. Thus, in relation to the previous statement the correct word required here is “amendment” which means a minor change or addition designed to improve a text, piece of legislation, etc. to make the paragraph comprehensible.

S4. Ans. (a)
Sol. Option (a) is the correct choice. “Since” can be used as preposition, adverb or a conjunction. Here, since is used as a preposition which means in the intervening period between (the time mentioned) and the time under consideration, typically the present. Thus, it is incorrectly used. However, the correct preposition required here is “over”. “over” is used to express duration. Also, “over the years” is a phrase which is used to imply a slow change. Therefore, the correct word required to make the paragraph feasible is “over”.

S5. Ans. (d)
Sol. Option (d) is the correct choice. Here, the subject “percentage of profit” is singular, therefore, to comply with the rule of subject-verb agreement, the appropriate verb should be single as well i.e., singular of “were” is “was”. Thus, to make the sentence grammatically viable replace the verb “were” with “was”.

S6. Ans. (c)
Sol. Option (c) is the correct choice. Replace “then” with “than” to make the sentence grammatically and contextually correct. “then” is an adverb which is used to refer after that; next; afterwards. However, “than” is a conjunction as well as a preposition which is used to introduce the second element in a comparison. So, to eliminate the error, option (c) is the correct choice.

S7. Ans. (e)
Sol. Option (e) is the correct choice. All the given words in the sentence are grammatically and contextually correct and provide a coherent meaning to the paragraph.

S8. Ans. (a)
Sol. Option (a) is the correct choice. The usage of the word “comparing” is incorrect as “comparing” is a verb which means to estimate, measure, or note the similarity or dissimilarity between. However, to make the sentence grammatically and contextually correct, the adverb form of the word “compare” is required i.e., “comparatively” which means to a moderate degree as compared to something else; relatively. As the error is in option (a) it becomes the correct choice.

S9. Ans. (a)
Sol. Option (a) is the correct choice. The word “community” is incorrectly used in reference to the theme of the passage. Therefore, to comprehend the paragraph, the correct word required here is “calibration” which is a noun, meaning the action to adjust (experimental results) to take external factors into account or to allow comparison with other data. Hence, option (a) becomes a viable answer choice.

S10. Ans. (e)
Sol. All the given words in the sentence are grammatically and contextually correct making the paragraph coherent. Thus, option (e) is the correct choice.

S11. Ans. (b)
Sol. The error lies in part (A) of the sentence. It is to be noted that to make the part of the sentence correct, replace ‘sign’ with ‘signature’ as ‘sign’ is used as a verb form while ‘signature’ is the noun. Here, to adhere the context of the sentence the more appropriate word is ‘signature’. Moreover, all the other parts are grammatically correct, thus the option that depicts the sequence of correct parts is option (b).

S12. Ans. (c)
Sol. The error lies in part (B) of the sentence. It is to be noted that the adverb “universally” itself means ‘by everyone; in every case’. Thus, the usage of ‘by all’ becomes superfluous in the sentence, since the meaning is already conveyed by ‘universally’. Moreover, all the other parts are grammatically correct, therefore, the option that depicts the sequence of correct parts is option (c).

S13. Ans. (e)
Sol. All the parts of sentence are grammatically correct and contextually meaningful and therefore, it does not require any correction. Hence, option (e) becomes the most viable answer choice.

S14. Ans. (e)
Sol. The error lies in part (D) of the sentence. It is to be noted that when ‘as well as’ is part of the subject, the verb must agree with the noun before as well as. Therefore, ‘were’ should be replaced with ‘was’ to adhere to the correct grammatical syntax of the sentence. However, all the options reflect part (D) as correct, therefore, option (e) becomes the most viable answer choice as the correct sequence should be ABCE.

S15. Ans. (d)
Sol. The error lies in part (C) of the sentence. It is to be noted that the noun following the phrase “one of the” is always a plural noun, whereas use of verbs as singular or plural will entirely depend upon the subject of the statement, i.e. singular verb for singular subject and plural verb for plural subject. Therefore, to make the sentence correct, replace ‘university’ with its plural form ‘universities’. Since, all the other parts of the sentence are grammatically correct, the option that depicts the sequence of correct parts is option (d).