Figures of speech is a way to to compare two things that are dissimilar in general. We use it  when we say something, but does’t mean it in its literal terms. Let’s say- Ram runs with a lightning speed. In this sentence, we are just using this word “lightning” to refer the speed of the ram but not in lietral terms. we have used it to show the maximum capacity of somebody to run.

Figure of speech are meant to clarify and describe in more detail or we can say in more exaggerating way. Speed can be describe in different ways as well like, slow, fast, brisk etc. but to give the maximum impact of what we are saying we use figure of speech.  If you will take it in literal terms then it will be difficult to understand and will not make any sense.

Types Of Figures Of Speech

Simile– It is a figure of speech that uses comparison and we use words “like” and “as” to do the comparison between two things. Let’s understand this with an example- She is as brave as tiger. We have use the “as” in this sentence to denote the similarity between the bravery of two things.

Metaphor– Metaphor is not different than simile. It is also used in a sentence to bring about the comparison between two entities that are in no way similary. For ex- Ram is a chicken which sound absurd but simply means that ram is coward.

Personification- It is used to personify the objects which are not human. We depict the non-human entity in such a way that it seems humanly. For example- Calling earth as mother, Sun gives the warmth of a mother lap etc. In both the example the entities name are non-human but represented in a humanly exhibiting tendencies.

Hyperbole– Hyperbole is a way to maximise the impact of a saying. We don’t take the words use in their literal terms but they are used to exaggerate the saying. For example- She looks like a toothpick even after eating so much. In this statement, she can’t be thin like toothpick but it just a way to exaggerate and show the maximum impact of what you are saying.

Onomatopeia- This is a figure of speech where words or phrase used in a sentence imitate sound in order to bring about more imagery and better describe a setting, authors use words to involve all five of our senses. Onomatopeia refers to those words that imitate the sounds of an object or person. For ex- There were no sound but little murmur in the class that irriatated the teacher. 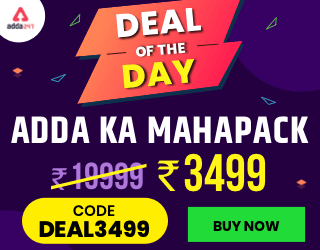