Institute of Banking Personnel Selection (IBPS) has announced the vacancies for the Clerical Exam on 11th July 2021. 5830 Vacancies have been announced in the IBPS Clerk 2021 and the form filling process for IBPS Clerk 2021 was started on 12th July but now the online registration process has been temporarily stopped.

IBPS Clerk 2021 Prelims & Mains Examination will be held in August, September, and October 2021 in 2 languages only i.e. English and Hindi. Now, the Finance Ministry (FM) has put a hold on the Recruitment of IBPS Clerk 2021 as the exam is not conducting in the regional languages. FM put on hold the examination of IBPS Clerk till a final view is taken on conducting tests in regional languages. It has been confirmed by the IBPS as well. There is a message showing on the IBPS Website which is stating that the Application Link is temporarily stopped.

Aspirants who are preparing for the IBPS Clerk should not panic as the exam is not cancelled at all, it is just put on hold till the time IBPS & FM decides on the exam languages.

So, let’s focus on the preparation as the issue is not related to vacancies and all, it is only related to the Language of the exam. IBPS is already conducting IBPS RRB Exams in regional languages and if FM wants they can do this for IBPS Clerk as well. The finance ministry has also made a Committee to look into the matter. The committee will give its recommendations within 15 days.

So, let’s not panic and continue your preparation. The examination will happen, it is not at all cancelled. 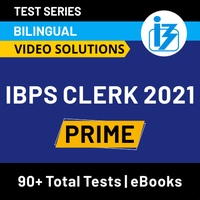