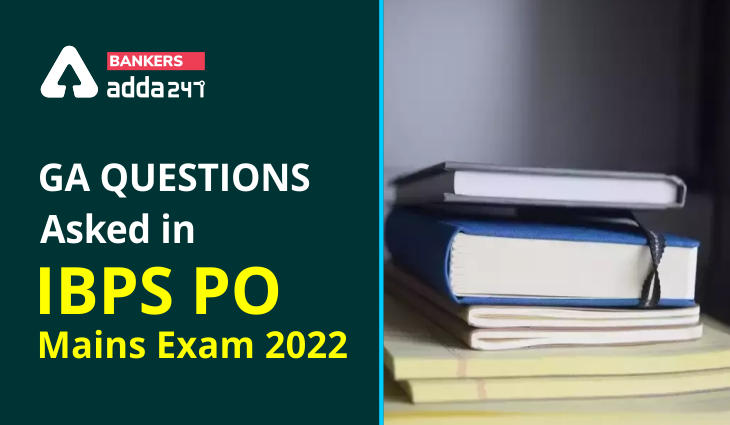 IBPS PO Mains Exam Analysis 2022: The Institute of Banking Personnel Selection has successfully conducted the IBPS PO Mains exam 2022 on 22nd January 2022. The General Awareness section was easy to moderate and maximum questions on current affairs were based on the events that took place in December 2021. There were also questions in current affairs from the events that happened in September 2021. The questions in Banking Awareness were analytical and inference-based.

Below You can check the GA Questions with Answer asked in IBPS PO Mains 2022.

Q. What is the overall difficulty level of the examination?

Ans. The overall difficulty level of the examination was Difficult

Q. What is the difficulty level of the Data Analysis and Interpretation section?

Ans. The difficulty level of the Data Analysis and Interpretation section was also difficult.