RBI Grade-B Prelims Exam 02nd Shift is over now. Candidates who have attempted the RBI Grade-B Prelims Exam 01st Shift must be curious to know their performance in the examination. RBI Grade-B Prelims Exam 02nd Shift Analysis has been given by Bankersadda and as per our analysis, level of questions asked were easy-moderate. Here, Bankersadda has come up with the General Awareness (GA) questions with answers to help you deal with your performance analysis. These questions will help in your score analysis as well as it will also help in preparing for GA sections in other competitive exam like IBPS PO Mains, IBPS SO Prelims, LIC Assistant Mains, EPFO SSA Mains and IBPS Clerk Mains.

General awareness section consisted of 80 questions, each carries 1 mark. This means, general awareness has 80/200 weightage in the RBI Grade-B Prelims Exam. Read the questions asked in the examination with solution below:

Q3. Manju Rani is associated with which sport?
Answer: Boxing

Q5. Where is the headquarters of UNESCO?
Answer: Paris, France

Q6. What is the theme of the International Day of the Girl Child Day?
Answer: GirlForce: Unscripted and Unstoppable

Q7. The 2019 Booker Prize was won jointly by Margaret Atwood for The Testaments and Bernardine Evaristo for?
Answer: Girl, Woman, Other

Q8. Ben Stokes is associated with which sport?
Answer: Cricket

Q9. Peter Handke has won the 2019 Nobel Prize in Literature. He is from which Country?
Answer: Austria

Q12. Nakki Lake is situated in which state?
Answer: Rajasthan

Q14. What is the net worth of Bharat Bill Payment Operating Unit (BBPOU)?
Answer: Rs 100 crore

Q18. Exercise “Vajra Prahar” was recently conducted between India and which country?
Answer: US

Q19. The exercise “Shinyuu Maitri” between India and Japan was held in which state?
Answer: West Bengal.

Q20. Where is the Kaiga Atomic Power Station located in India?
Answer: Karnataka

Q22. Which company has become the first company in India to hit the market capitalisation of Rs 9 lakh crore.
Answer: Reliance Industries

Q25. Who is the brand ambassador of Master Card in India?
Answer: Mahendra Singh Dhoni

Q26. Name the Air Line which makes the World’s First Use Of Taxibot Robotic Vehicle as an alternate taxiing equipment?
Answer: Air India

Q27. The festival “Bali Jatra” was recently celebtrated in which state?
Answer: Odisha

Q29. Jagdeep Dhankar is the governor of which state?
Answer: West Bengal

Q31. Where is the headquarter of International Solar Alliance?
Answer: Gurugram, India

Q33. Alexei Leonov who performed the world’s first spacewalk in 1965 passed away recently. He was from which country?
Answer: Russia

Q34. Name the portal recently launched for better coordination among the Indian Railways, ministries of power and coal for coal supply to power plants.
Answer: PRAKASH

Q36. 10th edition of the Joint Military Exercise Ekuverin was held at Aundh Military Station in Pune, Maharashtra between India and which country?
Answer: Maldives

Q40. Union Bank of India would be merged into which bank as per the merger plan of Indiann Government?
Answer: Andhra Bank

Q41. Gloria Church has won the UNESCO Asia-Pacific Awards for Cultural Heritage. It is located at?
Answer: Mumbai

Q43. Mark Vincent Hurd recently passed away. He was the Co-CEO of which company?
Answer: Oracle

Q44. Subroto Cup is associated with which sport?
Answer: Football

Q45. A book titled as “How to Avoid a Climate Disaster” has been written by?
Answer: Bill Gates

Q53. Free Town is the capital of?
Answer: Sierra Leone

Q55. Manila is the capital of which country?
Answer: Philippines

Q56. Kuchipudi is the traditional dance form of which country?
Answer: Andhra Pradesh

Q57. India has handed over 2 more Mi-24V helicopters to which country?
Answer: Afghanistan

Q58. Name the country which has recently announced to quit OPEC in 2020.
Answer: Ecuador

Q60. Name the actor who has jointly won the National film award 2019 in the category of best actor with Ayushmann Khurrana.
Answer: Vicky Kaushal

Q61. Name the footballer who has been presented with the European Golden Shoe for the sixth time.
Answer: Lionel Messi

Q62. Which company will invest $ 1 Billion in the next five years in India?
Answer: Master Card

Q64. Which is India’s second most spoken language?
Answer: Bengali

Q66. The government has made the announcement that banks or system providers will not impose charges or Merchant Discount Rate on customers as well as merchants on digital payments made to establishments having turnover in excess of _______________ from November 1.
Answer: Rs 50 crore

Q68. Article 22 is related to?
Answer: custody without informed

All The Best For Upcoming Exams!!! 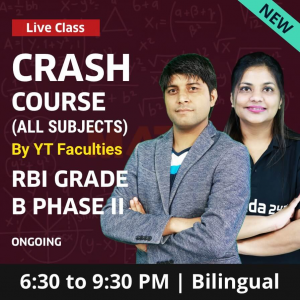