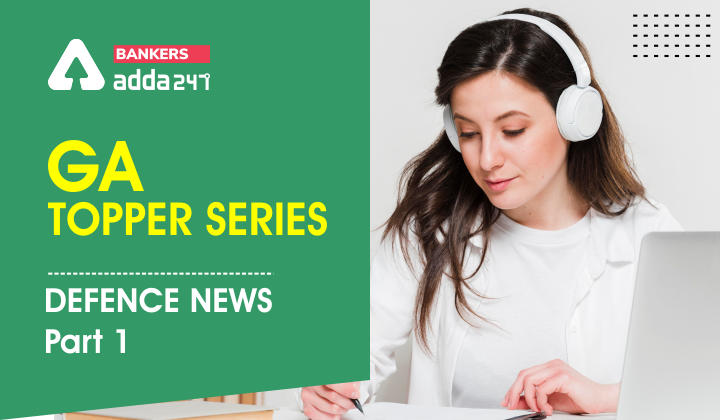 2. India has set a target of achieving defence exports of $5 billion by 2024.

3. GoI has announced a ban on the import of foreign-manufactured drones, with exceptions for research and development (R&D), defence & security purposes.

5. Rajnath Singh inaugurated DefConnect 2.0, a celebration of the growth of the Indian Defence start-up ecosystem, in New Delhi, with the objective of attracting innovators and investors from India’s leading industries in the Defence sector. ‘Innovations for Defence Excellence (iDEX) Prime’, 6th Defence India Start-up Challenge Innovate4Defence internship (i4D) are certain programs launched in it.

8. MoD has signed an MoU with CSC (Common Service Centres) e-Governance Services India Limited, to onboard pension services under the SPARSH (System for Pension Administration (Raksha)) Initiative across more than 4 lakh CSCs across India.

9. SPARSH, an online pension disbursing model, is an initiative of the Defence Ministry that aims to provide a comprehensive solution to the administration of pensions to the Defence pensioners.

10. MoD signed a contract for Rs.1075 crore with Bharat Electronics Limited (BEL) for the retro-modification of Commander Sight in 957 of India’s premier Battle Tanks i.e. T-90 of the Indian Army

11. Two Multi-Purpose Vessels (MPVs) for the Indian Navy at a total cost of Rs.887 Crore under the “Buy-Indian” Category will be built at L & T shipyard in Kattupally (Chennai), with deliveries starting in May 2025.

12. MoD signed a contract worth Rs.473 crore with Goa Shipyard Limited (GSL) for the construction of eight Fast Patrol Vessels (FPV) for the Indian Coast Guard.

13. HAL has signed a contract with Bharat Electronics Limited (BEL), for the co-development and co-production of a long-range dual-band Infra-Red Search and Track System (IRST) for Sukhoi Su-30 MKI in Bengaluru, Karnataka

16. Russia successfully test-fired around 10 new Tsirkon (Zircon) hypersonic cruise missiles from a frigate and other two missiles from a submarine. The Zircon missile would be capable of flying at nine times the speed of sound and have a range of 1,000km.

17. DRDO successfully flight tested the final deliverable configuration of the Man-Portable Anti-Tank Guided Missile (MPATGM) at a range in Southern India. The test was held to demonstrate the consistent performance of the missile at its minimum range. It has a maximum range of 5 Km.

18. Israel & USA successfully conducted the flight test of the Arrow-3 ballistic missile interceptor outside the Earth’s atmosphere. It was developed in a joint project between Israel’s Missile Defense Organization and the American Missile Defense Agency.

20. Swedish defence company ‘Saab’ had been selected by the Indian Armed Force through a competitive programme for the supply of the single-shot anti-armour weapon AT4.