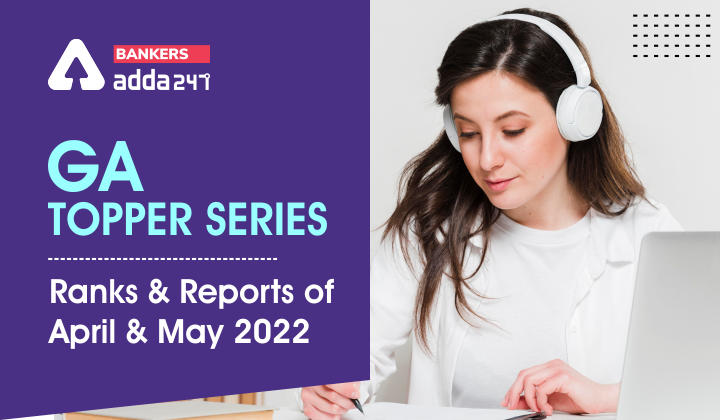 Ranks and Reports about Billionaires

Chairman and Managing Director of Serum Institute of India(SII), Dr Cyrus S. Poonawalla has topped the Hurun Global Healthcare Rich List 2022 and became the richest billionaire in the healthcare sector 2022. He has topped the list with a new value of USD 26 billion (up 41%). Cyrus Poonawalla is followed by Thomas Frist Jr & Family of HCA Healthcare, Li Xiting and Xu Hang of Mindray at the 2nd position with a net value of USD 19 billion. Dilip Shanghvi & Family, of the Sun Pharmaceuticals, is at the 5th position with a net worth of USD 18 billion.

1. Unemployment rate-The National Statistical Office (NSO) data has revealed that the unemployment rate for people above 15 years in urban areas slipped from 10.3% to 8.7% between October and December 2021.

The Civil Registration System (CRS) report 2020, based on birth and death reports, has been released by the central government. According to the data, the number of registered births declined from 2.48 crore in 2019 to 2.42 crore in 2020, representing a 2.40 percent decrease. According to the Vital Statistics of India based on the Civil Registration System’s report for 2020, the number of registered deaths increased by 6.2 percent from 76.4 lakh in 2019 to 81.2 lakh in 2020.

NITI Aayog has launched the State Energy & Climate Index (SECI) Round I.

1. The Times Higher Education (THE) has released the 2022 edition of its Impact Rankings.

Calcutta University has been ranked first among all the central and state-aided public universities in the country by Times Higher Education (THE) Impact Rankings 2022.

QS Quacquarelli Symonds released the 12th edition of the QS World University Rankings by Subject 2022, the subject-wise rankings of institutes across the world are compilations of multiple lists.

Top institutes under each category:

The five largest spenders in 2021 were the US, China, India, the UK (United Kingdom) and Russia, together accounting for 62% of expenditure.

The extreme poverty rate in India fell from 22.5% in 2011 to 10.2% in 2019 as per World Bank Policy Research Working Paper. This represents a decline of 12.3 percentage points in extreme poverty count between 2011 to 2019 in the country. The decline in rural areas was much higher than in urban areas.

While the reduction in rural poverty dropped by 14.7 percentage points, the poverty in urban areas dropped by 7.9 percentage points. The paper titled ‘Poverty has Declined over the last decade But Not As Much As Previously Thought’ was jointly authored by economists Sutirtha Sinha Roy and Roy van der Weide.