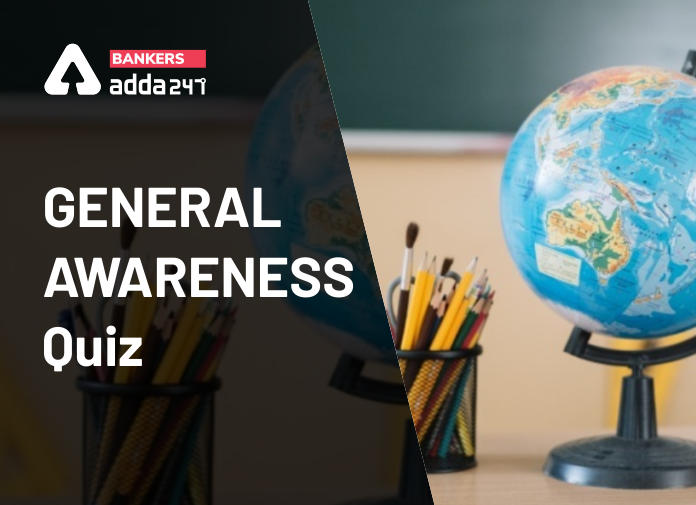 Q3. Who among the following becomes new director on Central Board of the Reserve Bank of India(RBI)?
(a) Tarun Roy
(b) Sukumar Shankar
(c) V.P. Singh
(d) V. Sridhar
(e) Tarun Bajaj

Q4. The book titled ‘Vijyant at Kargil: The Life of a Kargil Hero’ has been released. Who among the following is the author of the book?
(a) K.K. Dwivedi
(b) J. Datta
(c) Jasjit Singh
(d) VN Thapar
(e) Sumit Dutt Majumder

Q9. Which of the following state recently launched ‘Ayush Kavach-Covid’ App to help people get health remedies which can be useful in the fight against COVID-19?
(a) Rajasthan
(b) Madhya Pradesh
(c) Uttarakhand
(d) Uttar Pradesh
(e) Maharashtra

Q11. The 11th edition of World Games which is to be held in Birmingham, Alabama, US (United States) has unveiled an updated logo and title after being delayed a year because of the Coronavirus pandemic. Where is the headquarters of International World Games Association Headquarters?
(a) Paris, France
(b) Geneva, Switzerland
(c) Washington DC, US
(d) Beijing, China
(e) Lausanne, Switzerland

Q14. Iran has successfully launched its first-ever military satellite named “Noor” into the orbit. ‘Noor’ satellite has reached its orbit and is orbiting 425 km above the earth’s surface. What is the capital of Iran?
(a) Muscat
(b) Baghdad
(c) Tehran
(d) Doha
(e) Kabul

S1. Ans.(d)
Sol. Chandigarh government has launched a new mobile app named “CHDCOVID” to provide COVID-19 related information. The app has been developed in-house by the Society for Promotion of IT in Chandigarh (SPIC).

S2. Ans.(c)
Sol. Vesak Day 2020 is observed globally on 7 May. Vesak, the Day of Full Moon is the most sacred day to the Buddhists all over the world. On this day, Lord Gautham Buddha attained enlightenment. The Day is commemorated by the United Nations every year.

S3. Ans.(e)
Sol. Economic Affairs Secretary, Tarun Bajaj becomes new director on Central Board of the Reserve Bank of India(RBI). His appointment is confirmed by the Government of India.

S4. Ans.(d)
Sol. The book titled ‘Vijyant at Kargil: The Life of a Kargil Hero’ has been released. This book is a biography of Vir Chakra awardee(posthumously) Captain Vijyant Thapar. This book is authored by Vijyant’s father Colonel VN Thapar.

S6. Ans.(b)
Sol. The National Gallery of Modern Art has organised a virtual tour to commemorate the 159th birth anniversary of Gurudev Rabindranath Tagore. The Virtual Tour has been titled as “Gurudev: Journey of the Maestro through his visual vocabulary”. The virtual tour will give opportunity to have a glimpse of 102 artworks created by versatile genius.

S8. Ans.(e)
Sol. An Memorandum of Understanding (MoU) has been signed by the PNB Housing Finance with Indian Institute of Technology, Delhi in order to support Research & Development for reusable Personal Protective Equipment (PPE) to be supplied to government hospitals.

S9. Ans.(d)
Sol. Uttar Pradesh government has launched ‘Ayush Kavach-COVID’ app to help people get health remedies which can be useful in the fight against COVID-19. The app has been developed by AYUSH ministry.

S14. Ans.(c)
Sol. Tehran is the capital and largest city of Iran, as well as the leading economic and cultural hub.