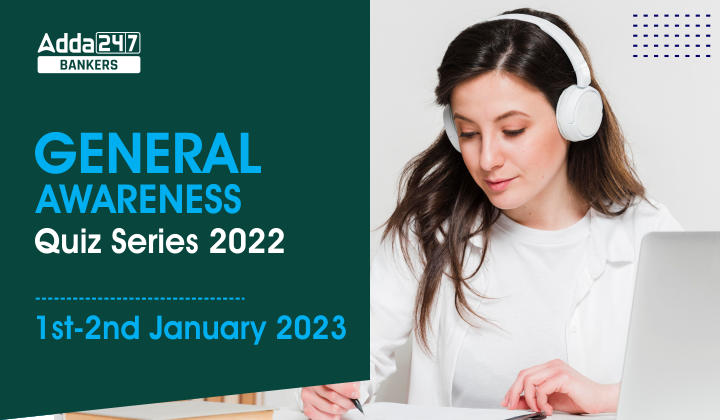 General Awareness Quiz Series 2023: 1st -2nd January: Hello Students, General Awareness is an essential part of all government exams. It’s better to prepare this section daily and revise the same using the factsheet provided. Bankersadda team has brought you up a new series in which we will come up with 10 questions and answers, other options of the question have related news to them. So don’t miss reading the solutions

Q1. Which of the following days is celebrated on 1 January?

Q6. The 108th Indian science Congress will be held at which institute?

Q7. Pope Benedict has recently passed away, Which title he chose upon his resignation in 2013?

Q8. Famous football legend Edson Arantes do Nascimento, who was popularly known as Pele belonged to which country?

Q9. A new integrated scheme for food subsidy is launched by Indian Government. The Union Cabinet recently decided to provide free foodgrains to all 81 crore beneficiaries covered under the National Food Security Act (NFSA) till___________?

Q10. The distribution of food grains is through Fair Price Shops. How many fair price shops are there in India?

International day for Families: 15 May

The SpaceX Falcon 9 launch vehicle launched into low Earth Orbit the first 54 Starlink Satellites of the new generation, or v2.0 or Gen2

Other News related to TATA.

Chairman of Tata Sons, N Chandrasekaran has been appointed as the chair of B20 India which represents the entire G20 business community

Prime Minister Shri Narendra Modi will inaugurate and witness the entire inaugural session of the 108th Indian Science Congress through video conferencing on January 3. The event is being hosted by Rashtrasant Tukadoji Maharaj Nagpur University (RTMNU) at its Amravati Road Campus.

Pope Benedict XVI was the head of the Catholic Church and sovereign of the Vatican City State from 19 April 2005 until his resignation on 28 February 2013. Benedict’s election as pope occurred in the 2005 that followed the death of Pope John Paul II. Benedict chose to be known as “Pope Emeritus” upon his resignation, and he retained this title until his death in 2022.

Former Brazilian football legend, Edson Arantes do Nascimento, who was popularly known as Pele passed away at the age of 82 in São Paulo, Brazil.

The new integrated scheme will subsume two current food subsidy schemes of the Department of Food and Public Distribution- a) Food Subsidy to FCI for NFSA, and b) Food Subsidy for decentralized procurement states, dealing with procurement, allocation and delivery of free foodgrains to the states under NFSA

The Union Cabinet recently decided to provide free foodgrains to all 81 crore beneficiaries covered under the National Food Security Act (NFSA) till December 2023.

Centre will provide free food grains to all NFSA beneficiaries i.e. Antyodaya Ann Yojana (AAY) households and Priority Household (PHH) people for the next one year through the widespread network of 5.33 lakhs Fair Price Shops across the country.