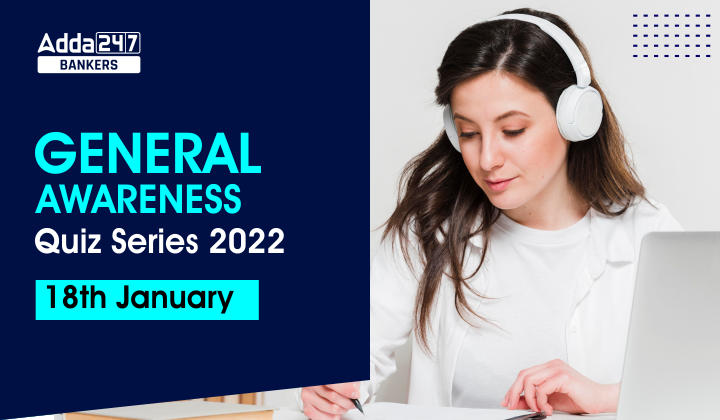 General Awareness Quiz Series 2023: 18th January: Hello Students, General Awareness is an essential part of all government exams. It’s better to prepare this section daily and revise the same using the factsheet provided. Bankersadda team has brought you up a new series in which we will come up with 10 questions and answers, other options of the question have related news to them. So don’t miss reading the solutions

Q1. Who has won the Spanish Super Cup?

Q2. Which Indian actor has came in the list of richest actors od the world by the world statistics?

Q4. Consider the following statements about the last Nizam of Hyderabad:

Which statement is incorrect?

Q5. With which bank Warehousing Development Regulatory Authority (WDRA) has signed a memorandum of understanding (MoU) to promote awareness about Produce Marketing Loan?

Q6. Recently NeelaKurinji has been listed Schedule III of the Wildlife (protection) Act 1972, Neelakurinji takes how many years to bloom?

Q7. Abdul Rehman Makki has been listed as the global terrorist, He belongs to which country?

Q9. Which edition of the bilateral naval exercise Varuna between India and France has commenced in 2023?

Q10. Who has been appointed as the deputy NSA of India?

Richest actors in the world:

China’s population fell last year for the first time in six decades, a historic turn that is expected to mark the start of a long period of decline in its citizen numbers with profound implications for its economy

The last Nizam of Hyderabad, Mukarram Jah Bahadur, who passed away night in Turkey, will be buried in the family vault in the Mecca Masjid courtyard.

Two of the most renowned dynasties in the Muslim world were connected to Mukarram Jah, also known by his title Nawab Mir Barket Ali Khan Walashan Mukarram Jah Bahadur.

Durrushehvar, his mother, was the lone child of Abdul Majid, the final Caliph of Islam who was exiled by Mustafa Kemal Ataturk when the Caliphate was abolished.

Warehousing Development Regulatory Authority (WDRA) has signed a memorandum of understanding (MoU) with the State Bank of India to help farmers in getting low-interest-rate loans. The Memorandum of Understanding (MoU) was signed to promote awareness about the new loan product called ‘Produce Marketing Loan’ to exclusively fund against e-NWRs (electronic Negotiable Warehouse Receipt)

The Ministry of Environment, Forest and Climate Change (MoEF) has listed Neelakurinji under Schedule III of the Wildlife (Protection) Act, 1972, including it on the list of protected plants. Neelakurinji has been included in the list after the Center increased the earlier protected list of six plant species to 19

Neelakurinji is a shrub found in the Western Ghats in the Shola forests in the Southern part of India. It is peculiar that it blooms only once in twelve years.

16th January, the founding day of Startup India is commemorated as the National Startup Day. The event is being celebrated since 2022

21st edition of  “Varuna” the bilateral naval exercise between India and France commenced on the western seaboard.

Italian film legend , Gina Lollobrigida the diva who came to represent Italy’s vibrant rebirth after World War Two during the 1950s has passed away at the age of 95