1.Altercation
Meaning:  a noisy argument or disagreement, especially in public.
Synonym: argument, quarrel, squabble, fight,
Sentence:”I had an altercation with the ticket collector”

3.Repercussion
Meaning: an unintended consequence of an event or action, especially an unwelcome one.
Synonym: consequence, result, effect, outcome,
Sentence: “the move would have grave repercussions for the entire region”

7.Tautology
Meaning: the saying of the same thing twice over in different words, generally considered to be a fault of style
Synonym: repetition, repetitiveness
Sentence: When the lawyer spoke to the jury, he used tautology to make the jurors aware of his point without being repetitive.

9.Sentinel
Meaning: a soldier or guard whose job is to stand and keep watch.
Synonym: guard, keeper
Sentence: “soldiers stood sentinel with their muskets”

10.Laggard
Meaning: a person who makes slow progress and falls behind others.
Synonym: straggler, loiterer, lingerer, dawdler
Sentence:”staff were under enormous pressure and there was no time for laggards” 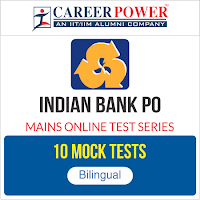