Skip to content
Latest Banking jobs   »   How COVID-19 has impacted the Indian...

ECONOMY is a powerful word, but eventually in our nation only a few can easily understand and rarely implement pragmatically. In simple words we can explain it easily that if country is doing good economic growth it would imply that everything on right track.

Even before the Pandemic we were in the midst of a recession but fortunately I never denied the facts. But Pandemic brought down our knees on the ground but still we are not accepting these facts. The first and foremost quality of fact is admitting the facts and have to find the prudent solution.

I would like to make impression categorically on the three subjects as the following:

Borrowing is inevitable in day today life but how you are going to spend the fund effectively to the last mile citizen of our country when it comes to nation, you have to gain confidence of the people. In order to gain the confidence to run the economic cycle and moreover the mounting task of Fiscal deficit under FRBM act 2003 is a challenging situation which pandemic put forth to us to take up the challenge. Mere Selling PSU or Monetizing estimated 14 % of GDP is the end solution for the problem but we have the capability to bounce back with structural reforms in medium term.

The virus Brought out the health crisis to the lime light, at this point of time mere announcing headlines reforms won’t help the nation in long term. First and foremost, we have to educate people at least in a subjective manner and with the effect we have to implement the reforms which results end up fruitful. But Our leaders love Nuclear fission rather than Nuclear fusion. Next generation people have to learn from this mistake, the only path India must travel it should be none other than education and knowledge which results butterfly effect in long term.

Another big problem Pandemic taught to us is Unemployment, the major GDP contribution comes from Informal sector rather than formal one, People have to hover around the line near poverty and destitution They traveled thousand kilometers; they hungered their stomach several days of walk, they cycled long distance without social security but within our nation from their own home state itself they treated us like refugee which haunts their mental agony, they are named as MIGRANTS, The Backbone of informal sector of the nation without social security. Instead of giving populist speech we have to talk to our conscience where we are living in the same land where they too living.

The fate of 25 Crore children is on the anvil because of this pandemic that shows the digital divide between city and villages, poor and rich, educated vs illiterate due to the policy failures over the years. The Deprive of valuable education puts severe threat to the next generation people on this zero academic year one has to take the revolutionary reforms to get the children educated in this challenging period.

To Mitigate this pandemic, we need a school…

The School where the Business cycle starts and different students comes to do the business they study confidently under one umbrella called society having different talents still which unite them subjectively and with a great vision educated people have to packet the illiterate which in turn nurture the confidence in business that ignites the growth cycle and we challenge the world with our force called UNITY IN DIVERSITY a unique one which most of the country lacks economically, geographically.

About the Guest Writer- Kirubakaran S 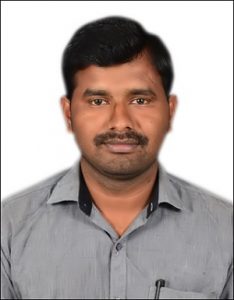 I am Unemployed Graduate who is fond of Indian economics coming from Agara aalambadi (probably you have not heard) which is my native place.
My goal is to become the Finance minister of India and want to merge the formal and informal economy and hence they are not interdependent to each other as my vision and i am working on it step by step.