How many states in India 2020? Students if you are preparing for competitive exam you should know about how many states in India, This is one of the general topics which we need to be aware of. This topic is a static general knowledge topic. India is the seventh largest country, There are 28 states and 8 union territories in India. India is a union of states, democratic, a republic with a parliamentary system of government. In the states, the Governor, as the representative of the President, is the head of Executive. Union Territories are regulated by the President through an administrator appointed by him/her. Until 6 August 2019, there were officially 28 states in India. But that number now has decreased by one to make 28 states after Jammu & Kashmir was permitted the status of a Union Territory with its legislature. In this space we are Discussing the Total 28 States & 8 UTs of India.

Total 28 States in India 2020: Check States and Capital of India

Let us have a look at How many states in India 2020. we have discussed The states and the capitals of the state on the below table. The 28 Indian States and their capitals are the following:-

How many Union Territories in India 2020

You can check the map of India which provides the total number of states and union territories in India and their capitals as of July 2020. 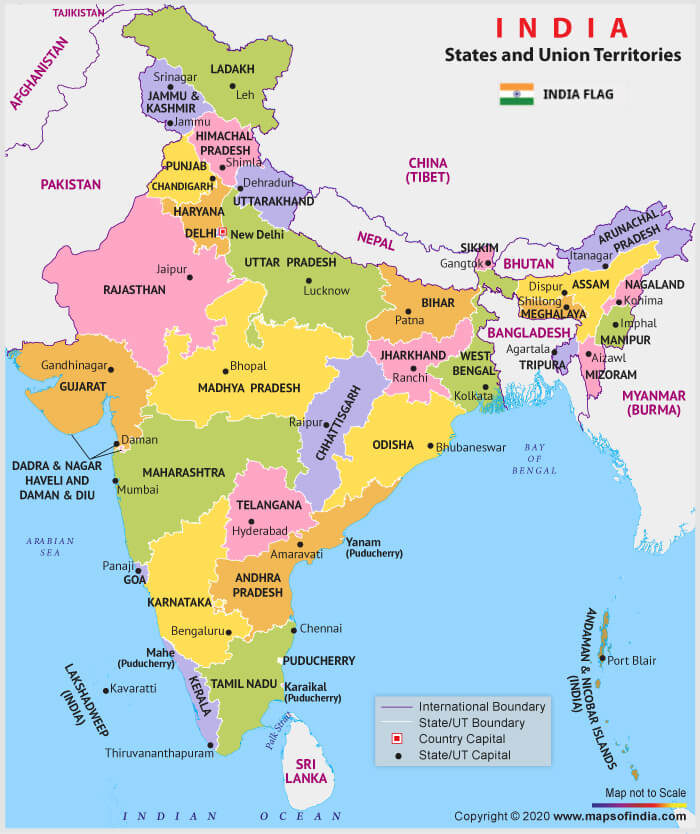 Largest UT in India by Area

Q. Which Union territories was amalgamate in January 2020?

Ans:- Daman and Diu is amalgamated with Dadar and Nagar Haveli.

Q. Which state has been divided to make union territory?

Q. Which is the Largest State in India?

Ans:- Rajasthan is the largest state in India by Area.