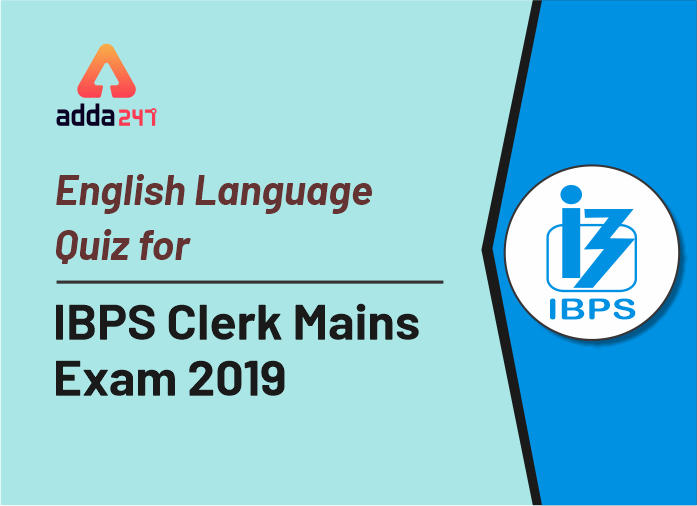 Q4. Which of the following combination of words describes the most appropriate style and tone of the paragraph 3 respectively?
(a)analytical, nostalgic
(b)descriptive, didactic
(c)narrative, satirical
(d)argumentative, eulogistic
(e)analytical, cynical

Q5. Which of the following statements can follow the paragraph 5 or conclude the passage contextually?
(I) Endowment and Money Back plans are traditional insurance and savings products that have been very popular in India for a long time.
(II) Investors should make an evaluation of their financial plan before investing in either endowment or money back plans.
(III) However, both endowment and money back plans are essentially savings products, in addition to life insurance.
(a)Only (I) is correct
(b)Only (II) is correct
(c)Only (III) is correct
(d)Both (II) and (III) are correct
(e)All are correct

Directions (11-15): Each question has a paragraph, a question based on the paragraph for which you have to choose the option correctly answering the question.

Q11. Ever since the popular Netflix serial ‘13 Reasons Why’ posted crisis information on its web page, Chennai-based SNEHA suicide prevention centre has been flooded with calls and emails from persons seeking help, not just from Tamil Nadu but from all over the country.
Which of the following options provides the most plausible guess about the kind of content on which the serial ’13 Reasons Why’ is based?
(a) Based on Situational Comedy
(b) Based on life in college
(c) Based on suicide
(d) Based on romance
(e) None of the above

Q12. Amid protests by the sugarcane farmers in parts of the State, the Punjab government on Wednesday decided to pay Rs.25 per quintal directly to the sugarcane farmers and directed the private sugar mills to immediately start crushing operations. The government also announced an immediate release of Rs.65 crore towards the interest on loans taken by private sugar mill owners to clear pending dues of farmers.
What could be said about the quality of actions taken by the State Government of Punjab as mentioned above?
(a) To allay farmers’ anger.
(b) To instigate farmers.
(c) To help the sugar mill owners.
(d) Both (a) & (c)
(e) None of the above

Q13. A man faked his death allegedly for making insurance claim but ran out of luck as the police nabbed him on suspicion that he had killed a labourer and burnt his body in his car. Aakash, a resident of Chandigarh, was arrested on Tuesday from Palwal Railway Station in a joint operation of the Sirmour Police and the Government Railway Police, Haryana, Sirmaur Superintendent of Police Rohit Malpani said Wednesday.
If the suspicion on Aakash proved to be true, then which of the following options correctly mention the actions for which he might be prosecuted? Answer the question based on the information given in the passage.
(a) Murder
(b) Cheating
(c) Kidnapping
(d) Both (a) & (b)
(e) None of the above

Q14. A mass movement involving parents, teachers and every responsible citizen is required to curb the menace of drug abuse and make the society drug-free, Himachal Pradesh Chief Minister Jai Ram Thakur said on Wednesday. Addressing an anti-drug rally at Baddi in Solan district, he said it was unfortunate that even Dev Bhoomi Himachal had to face this problem.
With which of the following verbs could the action, as mentioned above, of Himachal Pradesh Chief Minister be labelled to?
(a) Urge
(b) Sympathise
(c) Advice
(d) Censure
(e) Castigate

Q15. Two generations of farmers, facing the problem of the seepage of water from the Indira Gandhi Canal into about 30 villages of Pilibanga and Rawatsar blocks for 40 years, have felt betrayed by politicians here. Over 4,370 hectares of fertile land in the region has become wasteland with the canal waters flooding the agricultural land as well as houses. The water seeps into the fields but is unable to go deep because of the underground gypsum layer. As a result, the salted water floods and destroys the land. Neither any compensation nor the assistance for rejuvenation of land has been given to the farmers, leading to resentment in the agricultural community.
Which of the following words correctly mention the emotion of the farmers about whom the above paragraph talks about?
(a) Incredulity
(b) Fright
(c) Humorous
(d) Dejection
(e) Joy

S1. Ans. (c)
Sol. Refer the fourth and the fifth paragraphs of the passage, it is clearly mentioned how the structure of maturity benefits is different in both these life insurance plans. However, the third statement finds no evident clue from the passage which states that the policy term is fixed in either of the cases. Thus, only (I) and (II) statements give the correct explanation to the given question. Hence option (c) is the correct choice.

S2. Ans. (a)
Sol. Refer the second paragraph of the passage, it is mentioned there that in an endowment policy, the maturity level is made available only after a specified term, which is the basic premise of the endowment plan. Hence only the first statement is the correct choice in the context of the passage.

S3. Ans. (e)
Sol. Refer the second and the third paragraphs of the passage, all the four statements constitute the features of endowment policy. Hence option (e) is the correct choice.

S4. Ans. (b)
Sol. Read the paragraph carefully; the author has used the descriptive style of writing as he has provided the detailed information of endowment policy along with certain examples. Moreover, the tone of the author is didactic as the intention behind writing and sharing the detailed information is to teach the readers about the specific plan. Hence, option (b) is the correct choice.

S5. Ans. (d)
Sol. Both the statements (II) and (III) can be used to conclude the paragraph contextually as they provide the neutral ending to the passage as both these policies are equally important and beneficial. However, we cannot consider the first statement as it inherits the similar meaning as what paragraph 1 suggests. It will be more appropriate if we begin the passage with the given statement. Hence option (d) is the correct choice.

S6. Ans. (a)
Sol. The word “surplus” means an amount of something left over when requirements have been met; an excess of production or supply. The word “surfeit” means an excessive amount of something. Hence both are similar in meanings.
Meed means a person’s deserved share of praise, honour, etc.
Tallow means a hard, fatty substance made from rendered animal fat, used (especially formerly) in making candles and soap.
Remittance means a sum of money sent in payment or as a gift.
Sublimate means a solid deposit of a substance which has sublimed.

S7. Ans. (d)
Sol. The word “specify” means identify clearly and definitely. The word “enumerate” means mention (a number of things) one by one. Hence both the words are similar in meanings.
Generalize means make a general or broad statement by inferring from specific cases.
Sever means divide by cutting or slicing, especially suddenly and forcibly.
Collate means compare and analyse (two or more sources of information).

S8. Ans. (b)
Sol. The word “peg” means fix, secure, or mark with a peg or pegs. Thus, the word “fix” is similar in meaning to it. Hence option (b) is the correct choice.
Unfasten means open the fastening of; undo (something).
Spike means impale on or pierce with a sharp point.
Sustain means strengthen or support physically or mentally.

S9. Ans. (c)
Sol. The word “premise” means an assertion or proposition which forms the basis for a work or theory. The word “verity” means a true principle or belief, especially one of fundamental importance. Hence both are opposite in meanings.
Precept means a general rule intended to regulate behaviour or thought.
Antecedent means a thing that existed before or logically precedes another.
Espousal means an act of adopting or supporting a cause, belief, or way of life.

S10. Ans. (a)
Sol. The word “popular” means liked or admired by many people or by a particular person or group. The word “obscure” means not important or well known. Hence both the words are opposite in meanings.
Customary means according to a person’s habitual practice.
Eminent means (of a person) famous and respected within a particular sphere.
Orthodox means of the ordinary or usual type; normal.
Civic means relating to the duties or activities of people in relation to their town, city, or local area.

S11. Ans. (c)
Sol. As soon as the Netflix serial posting crisis information, Chennai-based suicide prevention centre has been flooded with calls and emails from persons seeking help.
From above, it could be understood that it is likely that the Netflix serial ’13 Reasons Why’ has its content based on suicide.
Hence, option (c) is the correct answer.

S12. Ans. (d)
Sol. The answer to the question can be derived from the clauses ‘the Punjab government on Wednesday decided to pay Rs 25 per quintal directly to the sugarcane farmers’, and ‘the government also announced an immediate release of Rs 65 crore towards the interest on loans taken by private sugar mill owners to clear pending dues of farmers’.
From the highlighted sentences, it could be understood that both options (a) and (c) are correct, and hence, option (d) is the correct answer.

S13. Ans. (d)
Sol. The suspicion on Aakash is that he had killed a labourer. If the suspicion on him proved to be true, then the charge to be filled on him would be murder.
Also, it is given that he faked his death allegedly for making insurance claim. This is an act of cheating.
So, the actions for which Aakash might be prosecuted would be murder and cheating. It is not given in the paragraph if Aakash indulged in any act of kidnapping.
Hence, option (d) is the correct answer.

S15. Ans. (d)
Sol. Incredulity [noun] means ‘the state of being unwilling or unable to believe something’;
Fright [noun] means ‘a sudden intense feeling of fear’;
Dejection [noun] means ‘a sad and depressed state; low spirits’;
Joy [noun] means ‘a feeling of great pleasure and happiness’;
Two generations of farmers have been facing a problem for 40 years with no one helping them. The correct emotion which the farmers should be feeling would be ‘dejection’.
Hence, option (d) is the correct answer. 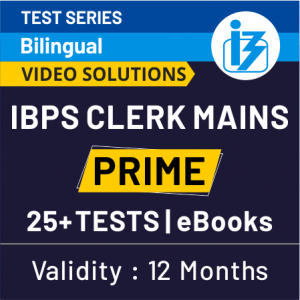 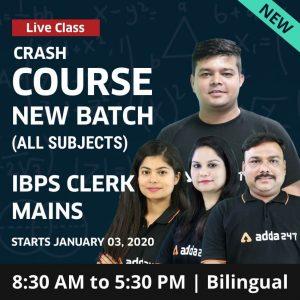