Reasoning section tests your mental ability to deal with a question in a minimum of time. Reasoning test the common sense which is yet uncommon. Level of the section is increasing in leaps and bounds. Attempt daily Reasoning Quizzes and follow a proper strategy and study plan for the IBPS Clerk main exam 2019 provided on Bankersadda. Logic and rules would not be difficult if the section is practiced well. This section eventually effects the number of question one can attempt within a stipulated time. Today’s quiz is based on the important topics to be asked in the IBPS Clerk Main exam 2019.

Q5. Four of the following five are alike in a certain way based on the given arrangement and so form a group. Which is the one that does not belong to that group?
(a) C-Female
(b) T-Shaving
(c) E sits 2nd left of Q
(d) R-Male
(e) S and C are adjacent to each other

Direction (6-10): Study all the information carefully and answers the following questions given below:
In a certain language-
“America Weapon Towards” is coded as “I2M R39O P37E”
“Franchisee Dragon Successful” is coded as “F31U S11R G18R”
“Urban Center Government” is coded as “T21E B35R E27O”

Direction (11-12): Pollution control can no longer be viewed as a national problem to be addressed by individual countries on the basis of national sovereignty. As the international effects of the Chernobyl nuclear accident make clear, pollutants do not respect political boundaries; thus, every nation has a legitimate stake in the environmental practices and policies of its neighbors.

Q11. Which of the following would be the most logical continuation of the argument above?
(a)So, growth of the nuclear power industry should be halted until more rigorous safety procedures have been developed.
(b)Hence, attempts made by one nation to impose its environmental policies on another should be resisted-if necessary, by force.
(c)Consequently, issues of pollution should be handled by an international commission with the authority to set policies for all nations.
(d)Thus, every nation should pledge itself to environmental policies that will minimize the danger to its neighbours.
(e)As a result, only the ultimate emergence of a sovereign world government will resolve today’s most pressing environmental dilemmas. 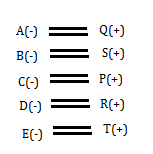