The reasoning being the scoring part can enhance your performance as a whole. All you need to do is clear your basics and be aware of the syllabus of the particular exam you are preparing for. Study Notes for the topics like Puzzles, Coding-decoding, sitting arrangement, blood relations, and the list is long is provided on Adda247, so that you can make the preparation time fun by cracking the logic that runs the engine of a particular topic. Giving mocks and Quizzes on a regular basis will help you to decode the strategy. Also, the Study Plans go hand in hand with the exam preparations that will take place in the upcoming months. We will also provide the study plan for PO Mains. Here we give the IBPS PO Reasoning Quiz of 25th October 2019 covers Miscellaneous Topic.

Directions (1-5): Study the following information carefully and answer the question given below: 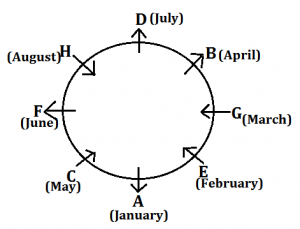 Direction (11-12): Read the following information carefully and answer the given questions.

Q11. As a part of their sales promotion measures, ‘Star Sports’, a company which produces and sells tennis rackets and balls, wishes to enter into a contract with a leading tennis star for five years for endorsing their products. The move is not a wise one, as no tennis star has ever played for more than three years in the international circuit. Which of the following is an assumption on which the above assertion is based?
(a) Tennis players, after their retirement from the games, take up assignments such as coaching etc related to tennis.
(b) When new stars come up in tennis, old stars lose their popularity.
(c) The company would not have been able to reap the full benefit of the endorsements in the first three years.
(d) People stop admiring a sports star after they stop playing in international matches.
(e)None of these

S11. Ans.(d)
Sol. It is unwise to sign up tennis stars for five years as they do not play for more than three years. So, the assumption is that they will lose their popularity once they stop playing internationally.so (d) is the correct answer. (a) is not an assumption to show that the decision is not wise. (c) does not refer to the question of the duration of the contract.

Directions (13-15) Read the following information carefully and answer the questions given below:
Seven books P, Q, R, S, T, U and V are published in same month of the different years- 2010, 2016, 2012, 2001, 2005, 2014 and 2019 but not necessarily in the same order.
Book Q published on an odd numbered year. Only three books published in between Q and U. Book R published 4 years after the year in which S published. V published on the year which is completely divisible by 3. T published on an even numbered year before U. P published one of the years before Q. 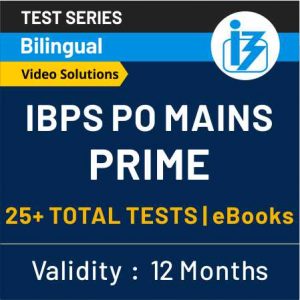