Directions (1-5): Study the following information carefully and answer the question given below-
Eight persons i.e. U, V, W, X, Y, Z, A, and B are seated around a circular tables among them only 3 are facing opposite to the centre and rest are facing to the centre, they all like different subjects Hindi, English, Maths, Physics, Arts, Chemistry, History and Biology (not necessarily in the same order).
Y likes Hindi and sits 2nd to the right of U, who likes maths. Z sits opposite to Y. U and Y face opposite direction of each other. W likes arts and sits immediate left of Y. B doesn’t sit just near to U and opposite to U. X is not an immediate neighbour of U. V sits 2nd to left of W. W and Z face same direction with each other. Z likes History. The one who likes physics sits 3rd to the right of Z. The one who likes English is not just near to Z. B and V face the same direction as Z faces. A doesn’t like chemistry.

Q4. How many persons sits between U and W when counted in clockwise direction with respect to W?
(a) One
(b) Three
(c) Four
(d)Two
(e) No one

Direction (6-8): Study the following information carefully to answer the given questions.
Eight Persons P, Q, R, S, T, U, W and X in a family. There are three married couple. T is sister P. R is grandfather of X. W is father of U. Q is daughter in law of S who is not married to W. X is unmarried male and T is married to U.

Q10. Tower D is towards East to Tower F. Tower B is towards North of Tower D. Tower H is towards South of Tower B but north of D. Towards which direction is Tower H from Tower F?
(a) East
(b) South-East
(c) North-East
(d) North
(e) Can’t be determine 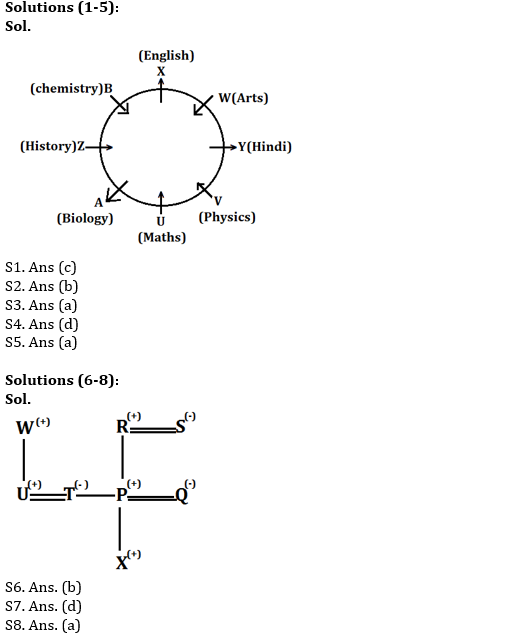 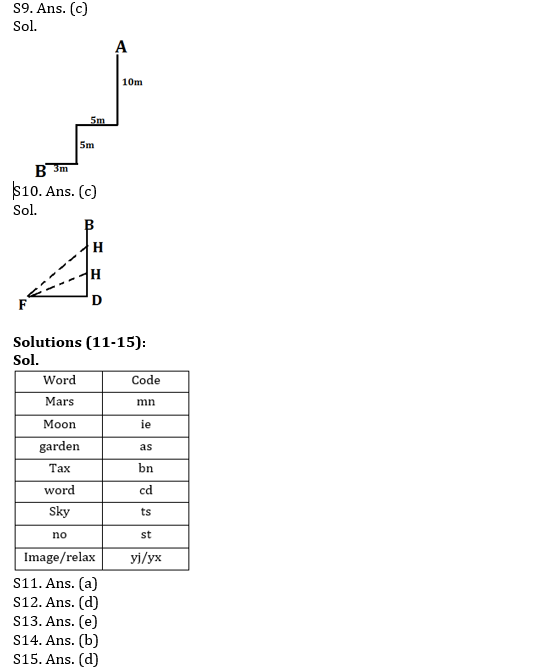