The reasoning being the scoring part can enhance your performance as a whole. All you need to do is clear your basics and be aware of the syllabus of the particular exam you are preparing for. Study Notes for the topics like Puzzles, Coding-decoding, sitting arrangement, blood relations, and the list is long is provided on Adda247, so that you can make the preparation time fun by cracking the logic that runs the engine of a particular topic. Giving mocks and Quizzes on a regular basis will help you to decode the strategy. Also, the Study Plans go hand in hand with the exam preparations that will take place in the upcoming months. Like the IBPS PO Prelims are scheduled in the month of October and we already rolled the study plan ‘Kar IBPS PO 2019 FATAH’ for your aid. Under the same plan, here is the Quiz for Reasoning, to make sure that you don’t skip any important topic as well as be prepared to face any type of questions in the prelims. IBPS PO Reasoning Quiz of 13th August 2019 covers the topic Direction Sense.
Directions (1-3): Study the following information to answer the given questions:
Given
A$B means A is 4m east to B
A@B means A is 8m west to B
A#B means A is 5m south to B
A%B means A is 3m north to B
A&B means A is 2m east to B
Q1. If P@R%Q$T#S, holds true, then in which direction is S with respect to R?
south-east
south-west
north-east
north-west
none of these
Solution: 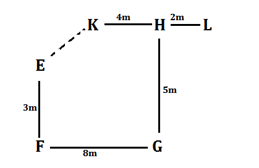 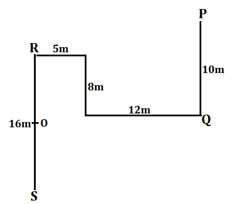 Q5. If O is the midpoint of R and S, then what is the direction of Q with respect to O?

West
North
North-east
East
None of these
Solution:

Note: The directions which are given indicates exact directions.

Q7. If the expression ‘L$R#U&T@V@&L, V$X#L’ is true, then what is the direction of X with respect to U?
South-west
South
West
North-east
None of these
Solution:

Q9. Utkarsh starts walking and covers a distance of 11 m towards north and after that 14 m towards east. He then turned to the south and covered 8 m. Further, he turns to the east and moves 10 m. Finally, he turned right and walks 10 m. What is the shortest distance between his final and initial point and in which direction he is finally from his starting point?
14 m Southeast
16 m Southeast
10 m Southwest
25 m Southeast
None of these
Solution: 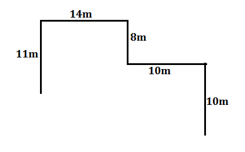 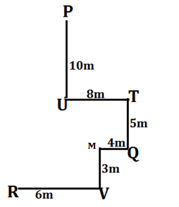 Direction (11-15): Study the following information carefully and answer the questions given below:

Six Horse i.e. P, Q, R, S, T and U are standing in a row facing north at a distance which is a successive multiple of 6 in an increasing order from the left to right.
Horse S is standing second from one of the extreme end. Only two horses stand between the S and T. Two horses stand between R and P who does not stand adjacent to S. U stands right of Q, who does not stand next to P. Neither R nor S is not an immediate neighbour of Q. Total distance between the horse P and Horse S is 54. Now, horse U is moving towards North direction and after going 10m, it turns to right and goes 15m to reach at point Y. Horse R is moving towards South direction and after going 15m it takes right turn and goes 51m to reach at point Z. 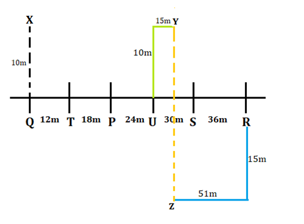 Q12. In which direction point Y is with respect to point Z?
North
North west
North east
South west
None of these
Solution: