Reasoning Ability is an onerous section. With the increasing complexity of questions, it becomes hard for one to give it the cold shoulder. The only way to make the grade in this particular section in the forthcoming banking exams. And, to let you practice with the best of the latest pattern questions, here is the Adda247 Reasoning Quiz based on the exact same pattern of questions that are being asked in the exams.
Watch Video Solution Here

Q1. What is the distance between P and Q?

Directions (6-10): Study the following information carefully and answer the given questions.
Seven Persons - A, B, C, D, E, F and G live on seven different floors of a building but not necessarily in the same order. Lowermost floor is numbered 1. Each of them went the following destinations for official meeting - P, Q, R, S, T, U and V. Each left on a different day of the week starting from Monday.
·        B lives on an odd numbered floor but not on floor number three and left on Monday
·        The one who went to R lives immediately above G who left on some day after Thursday
·        The one who went to P lives on an odd numbered floor above F, who went before C.
·        E went to V and lives on the 4th floor and does not went on Friday or Sunday.
·        A lives on the floor above E and left for T on Saturday
·        The one who lives on top floor went to S and the person living on the bottom floor went to U but not on Monday. C lives on an even numbered floor but not above A. Atleast One day gap is between the days on which C left and  the person who went to Q left.
·        D left on Tuesday but does not live immediate above E.
The one who left on Wednesday does not live immediate below B. F does not live in bottom two floors.
Q6. Who lives on the topmost floor?
D
A
B
C
None of the above
Solution:

Q10. For which destination did the person who went on Monday left?
S
P
Q
R
U
Solution:

Directions (11-15): Study the following information carefully to answer the given questions.
Five students J, K, L, M and N appeared in a test that comprised of five different subjects namely English, Hindi, Math, Physics and Chemistry. Each student got a different rank in each of these five subjects and the rank of no two students were the same in the same subject. It is known that
· J got 1st rank in English and the lowest rank in Chemistry.
· M got 5th rank in Physics which was also N's rank in Math.
· L got 2nd rank in Math and his rank in Hindi was better than his rank in Math.
· The person who got 4th rank in Math also got 3rd rank in English but he was not M.
· M got 3rd rank in chemistry and J got a better rank in Hindi compared to his rank in Math.
· N didn't get 1st rank in Physics and got 3rd rank in hindi.
Q11. L got the lowest rank in which of the following subject?
Hindi
Physics
English
Chemistry
Can't be determined
Solution: 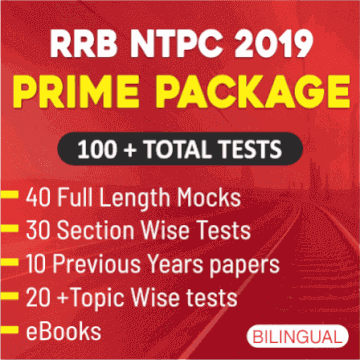