IBPS RRB Officer Scale-II is amongst the most reputed jobs in the Banking Sector and many Aspirants work hard to get this job. The exam for this post consists of various subjects other than the common subjects in Bank exams. Here we are providing you with a quiz based on Information Technology which will cover topics like Networking, Computer Software and Hardware, Computer Security, DBMS, Computer Organisation etc. Practice with the questions based on the most updated pattern.

Q1. The schema at the intermediate level according to the level of abstraction in DBMS called____

(a)TCS
(b)Infosys
(c)IBM
(d)Oracle
(e)None of these
Solution:
BaNCS core banking solution is designed by Tata Consultancy Services. This is a very popular core banking platform across the world. BaNCS is used by over 280 institutions in more than 80 countries. Here is a list of banks that use BaNCS Software Packages- State Bank of India, Allahabad Bank, Bank of Maharastra, Central Bank of India, Indian Bank

(a) Bus topology
(b) Star topology
(c) Ring topology
(d) Mesh topology
(e) None of these
Solution:
Mesh topology is highly reliable because it provides some divers set of transmission routes. If one segment of line is fails, the rest of the lines is not affected. Because of its multiple transmission paths, mesh topology also provides a high level of availability.

Q6. In SQL, which of the following is not a Data Control Language Command?

(a) RENAME
(b) REVOKE
(c) GRANT
(d) All of the above
(e) None
Solution:
Data Control Language (DCL) is used to control privilege in Database. To perform any operation in the database, such as for creating tables, sequences or views we need privileges. GRANT and REVOKE are used in DCL. RENAME is the DDL (data definition Language) command.

(a) Forum
(b) Webmail interface
(c) Message Board
(d) Weblog
(e) EEPROM
Solution:
Webmail (or web-based email) is any email client implemented as a web application running on a web server. Examples of webmail software are Roundcube and SquirrelMail. Examples of webmail providers are AOL Mail, Gmail, Outlook.com and Yahoo!

Q8.A flip flop has how many stable states?

Q9. Which clause is used to specify condition while retrieving data from table in SQL?

(a)WHERE
(b)LIKE
(c)HAVING
(d)Group By
(e)None of these
Solution:
WHERE clause is used to extract only those records that fulfill a specified condition.

Q10. Which of the following is a secret-key Algorithm?

(a)RSA
(b) DES
(c)Public Key
(d)All of the above
(e)None of these
Solution:
A secret key algorithm (sometimes called a symmetric algorithm) is a cryptographic algorithm that uses the same key to encrypt and decrypt data. The best-known algorithm is the U.S. Department of Defense's Data Encryption Standard (DES). DES is a symmetric encryption scheme in which both the sender and the receiver need to know the secret key in order to communicate securely.

Q12.Which of the following is the feature of spiral software development model?

(a)Ends with the delivery of the software product
(b)Is more chaotic than the incremental model
(c)Includes project risks evaluation during each iteration
(d)All of the above
(e)None of these
Solution:
The spiral model is a risk-driven process model generator for software projects. Based on the unique risk patterns of a given project, the spiral model guides a team to adopt elements of one or more process models, such as incremental, waterfall, or evolutionary prototyping.

Q13. The main objective of inheritance in OOPs is to-

(a) Decrease re-usability
(b) Hide complexity
(c) Implement polymorphism
(d) Increase re-usability
(e) None of the above
Solution:
The most frequent use of inheritance is for deriving classes using existing classes, which provides reusability. The existing classes remain unchanged. By reusability, the development time of software is reduced. The derived classes extend the properties of base classes to generate more dominant objects.

Q14. .…………… operator is basically join followed by a projection on the attributes

(a) semi-join
(b)Query
(c) Join
(d) Projection
(e) None of these
Solution:
In semi join, first we take the natural join of two relations then we project theattributes of first table only. So after join and matching the common attribute of bothrelations only attributes of first relation are projected.

Q15.Which keyword is used to prevent any changes in the variable within a C++ program?

(a) immutable
(b) mutable
(c) const
(d) volatile
(e) None of these
Solution:
Constant is something that doesn't change. In C and C++ we use the keyword const to make program elements constant. 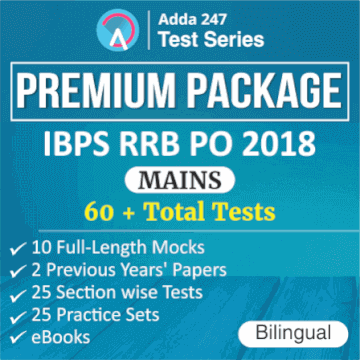