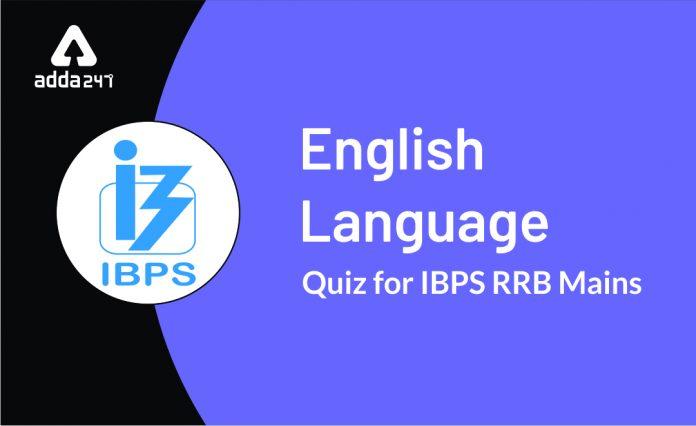 With every day passed, competition is increasing in leaps and bounds and it is necessary to work smarter to sail through any exam. Having a proper study plan and the updated questions to brush up your knowledge in addition to well-organized study notes for the same can help you with your preparation. IBPS RRB PO/Clerk is going to be the tough exam so you can not afford to leave any important topics. If you deal with the section with accuracy, it can do wonders and can fetch you good marks. As English is the most dreaded subject among students, we are here to provide you with the new questions with the detailed solution so that you can make it this time in IBPS RRB PO/Clerk mains. Here is the English quiz for 26th September 2019. This quiz is based on mix topics-English Misc.

Q2. Angry and _________ customers, both young and old, protested across various branches of Mumbai-based Punjab and Maharashtra Cooperative Bank (PMC) after the Reserve Bank of India on Tuesday imposed restrictions on the lender for six months following alleged ‘_______________’.
(a) dejected, irregularities
(b) sophisticated, amateur
(c) feast, circulation
(d) gifted, distribution
(e) None of these.

S6. Ans. (a)
Sol. Meaning: without any hesitation; instantly.

S7. Ans. (c)
Sol. It means to look at the wrong place. Accusing the wrong person

S8. Ans. (b)
Sol. This idiom is used when something is very expensive.

S9. Ans. (a)
Sol. Hit the nail on the head means “Do or say something exactly right”.

S10. Ans. (d)
Sol. Jump on the bandwagon means to “Join a popular trend or activity”.

Directions (11-15): In each question below, a word is given followed by four pairs. Choose the pair which states either the synonyms or the antonyms or a synonym and an antonym of the given word. If none of the four pairs are correct then choose “None of these” as your answer choice.
Q11.OUTSHONE
(a) BE SUPERIOR TO, DULL
(b) BLESSING, REFUSAL
(c) AMELIORATE, IMPROVE
(d) ORTHODOX, TRADITIONAL
(e) None of these.

S11. Ans. (a)
Sol. Outshone-To shine brighter than
So Be superior to –Synonym; Dull- Antonym