Q1. Which of the following is an online cloud storage service from Microsoft?
(a) MicroDrive
(b) OneDrive
(c) CloudDrive
(d) WindowsDrive
(e) None of these

Q2. What is the purpose of the CRC in network communications?
(a) Request retransmission of lost packets
(b) Reassemble packets into their original order
(c) Detect lost data packets
(d) Slow down or speed up data transmission
(e) Detect data errors

S2. Ans.(e)
Sol. The Cyclical Redundancy Check (CRC) is a mathematical calculation added to each frame. Its purpose is to detect when a frame arrives that has been corrupted. The sending device calculates the CRC and adds it to the frame. The receiving device calculates the CRC when the frame is received. If the CRCs do not match, the frame has been corrupted or altered. The most common method of correcting errors is to request retransmission of the original frame.

S3. Ans.(b)
Sol. Border Gateway Protocol (BGP) is a routing protocol used to transfer data and information between different host gateways, the Internet or autonomous systems. BGP is a Path Vector Protocol (PVP), which maintains paths to different hosts, networks and gateway routers and determines the routing decision based on that.

S4. Ans.(b)
Sol. A Subnet mask is a 32-bit number that masks an IP address, and divides the IP address into network address and host address. Default subnet mask of Class C IP address is 255.255.255.0

S6. Ans.(a)
Sol. In symmetric key cryptography, same key is shared, i.e. the same key is used in both encryption and decryption.

Q8.Deadlocks are possible only when one of the transactions wants to obtain a(n) ____ lock on a data item.
(a) binary
(b) exclusive
(c) shared
(d) complete
(e) None of these

S8. Ans.(b)
Sol. When a statement modifies data, its transaction holds an exclusive lock on data that prevents other transactions from accessing the data.

Q10.Which of the following is not an antivirus?
(a) Bitdefender
(b) Kaspersky
(c) Cobian
(d) F-secure
(e) Avira

S10. Ans.(c)
Sol. Cobian Backup is a freeware for Windows that enables the users to back up files and directories from the existing location and can be done on the same computer or within the same network.

Q12. In which debugging technique, when an error has occurred, one needs to start tracing the program backward one step at a time evaluating the values of all variables until the cause of error is found?
(a) Cause Elimination
(b) Program Slicing
(c) Backtracking
(d) Brute Force Method
(e) None of these

S12. Ans. (c)
Sol. In Backtracking method, beginning from the statement at which an error symptom has been observed, the source code is traced backwards until the error is discovered. Unfortunately, as the number of source lines to be traced back increases, the number of potential backward paths increases and may become unmanageably large thus limiting the use of this approach.

S13. Ans. (d)
Sol. Preventive maintenance refers to regular, routine maintenance to help keep equipment up and running, preventing any unplanned downtime and expensive costs from unanticipated equipment failure. It requires careful planning and scheduling of maintenance on equipment before there is an actual problem as well as keeping accurate records of past inspections and servicing reports.

Q14.Which of the following malicious software that can change its code and signature patterns with each iteration?
(a) Keylogger
(b) Mutation Engine
(c) Morris worm
(d) Metamorphic Virus
(e) Stealth Virus

S14. Ans.(d)
Sol. A metamorphic virus is one that can transform based on the ability to translate, edit and rewrite its own code. It is considered the most infectious computer virus, and it can do serious damage to a system if it isn’t detected quickly.

Q15.In which type of SQL join returns all the rows from left table combine with the matching rows of the right table
(a) Inner join
(b) Left outer join
(c) Right outer join
(d) Full join
(e) Self join 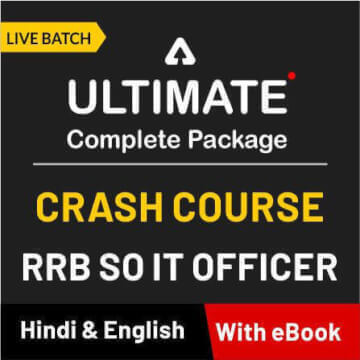