Q1. Which of the following two characteristics always involve in Software risk?
(a) firefighting and crisis management
(b) known and unknown risks
(c) uncertainty and loss
(d) staffing and budget
(e) None of these

Q2. What types of errors are missed by black-box testing and can be uncovered by white-box testing?
(a) behavioral errors
(b) logic errors
(c) performance errors
(d) typographical errors
(e) both (b) and (d)

Q3. Which of the following risks are derived from the software or hardware technologies that are used to develop the system?
(a) Managerial risks
(b) Technology risks
(c) Estimation risks
(d) Organizational risks
(e) None of these

Q4. A Software Requirements Specification (SRS) document should avoid discussing which one of the following?
(a) User interface issues
(b) Non-functional requirements
(c) Design specification
(d) Interfaces with third party software
(e) None of these

Q5. Which is not a debugging technique?
(a) Core dumps
(b) Traces
(c) Print statement
(d) Regression testing
(e) None of these

Q6.Data Flow Diagrams is used in which of the following?
(a) Process modelling
(b) Modelling interaction in a real-time environment
(c) Cost estimation
(d) Data modelling
(e) Software testing

Q8. which type of testing technique requires devising test cases to exercise the internal logic of a software module?
(a) behavioral testing
(b) black-box testing
(c) grey-box testing
(d) white-box testing
(e) None of these

S3. Ans.(b)
Sol. The risks associated with technology might affect the product development.

S4. Ans.(c)
Sol. A software requirements specification (SRS) is a description of a software system to be developed, laying out functional and non-functional requirements, and may include a set of use cases that describe interactions the users will have with the software. (Source Wiki) Design Specification should not be part of SRS.

S5. Ans.(d)
Sol. Debugging is a systematic process of spotting and fixing the number of bugs, or defects, in a piece of software so that the software is behaving as expected. There are different types of debugging technique- Print debugging, Remote debugging, Communication based debugging, Memory-dump debugging (often referred to as core dump), Replay debugging, Logfile debugging.

S6. Ans.(a)
Sol. Data flow diagrams are used by information technology professionals and systems analysts to document and show users how data moves between different processes in a system.

S7. Ans.(b)
Sol. Back Tracking is a debugging technique, It is a quite popular approach of debugging which is used effectively in case of small applications. The process starts from the site where a particular symptom gets detected, from there on backward tracing is done across the entire source code till we are able to lay our hands on the site being the cause. Unfortunately, as the number of source lines increases, the number of potential backward paths may become unmanageably large.

S8. Ans.(d)
Sol. White box testing is a testing technique which evaluates the code and the internal structure of a program.

S10. Ans.(d)
Sol. A software requirements specification (SRS) is a description of a software system to be developed. It lays out functional and non-functional requirements and may include a set of use cases that describe user interactions that the software must provide. 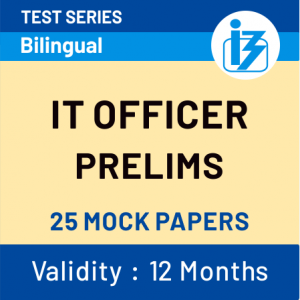