Played havoc
Meaning: caused destruction
Usage: He remained content to leave such criminal havoc in the hands of the police.

Took to heels
Meaning: Run in fear
Usage: The thief took to his heels when he saw a policeman running towards him.

Draw on fancy
Meaning: Use imagination
Usage: Sahil keeps drawing on fancy about the banking job in government sector.

Bad blood
Meaning: Angry feeling
Usage: Failing in exam again and again even after putting all the hard work is bad blood.

Of no avail
Meaning: useless
Usage: Giving various exams without complete preparation is of no avail.


Like a phoenix
Meaning: with a new life/ rebirth
Usage: The bridge was constructed in 1888 by the Phoenix Bridge Company, and was erected on staging.

Emerge out of thin air
Meaning: Appear suddenly
Usage: Thirteen years ago, with her children almost grown up, she found herself having to conjure a career from thin air. 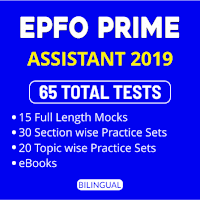