This year 2022 is looking like a year of opportunity as many new notifications for the banking exams have been announced in the year 2022 yet like IBPS RRB Clerk, PO, IBPS Clerk etc., and many more. Adda247 has launched a mega sale on test series for all the bank exams. Test Series is often said to be the key to a candidate’s success. We as a company know the urge of the candidates who want to take their career to a great height. This sale deals with the eligibility of the students where they get their dream job’s test series package on a very low amount. Studying from adda247 study material along with its test series will help you study properly with complete coverage of all the topics and syllabus based on the latest pattern. All the aspirants who are preparing for any of the bank exams can now uplift their preparations with the test series mentioned in this article below.

It is a great time for the candidates who are desperate to clear the banking exams this year as there is a mega sale on our test series on which you will get 25% off. 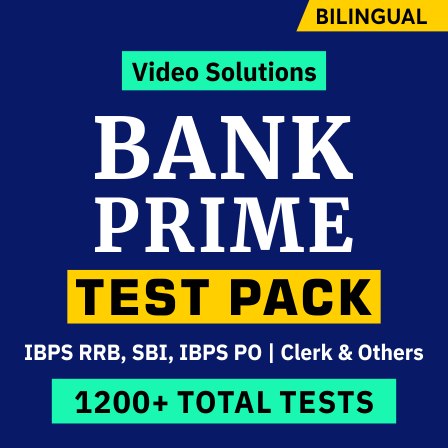