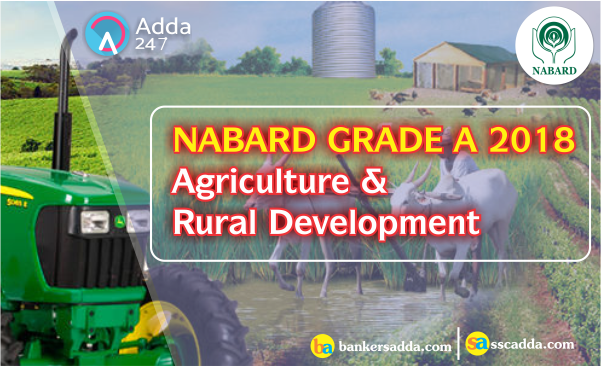 The upcoming important exams are NABARD grade A and grade B, in which there is a section Agriculture & Rural Development (with a focus on Rural India) having high weightage of 40 marks. So, for the same, it becomes really important to have an in-depth knowledge of the various terminologies and practices involved in agriculture. Further its imperative to be aware of the present scenario of Indian Agriculture and the state of Rural Development in India. To help you with this, today, we are providing you with all necessary information related to the mentioned field which will help you to fetch some good marks.

Cropping systems, an important component of a farming system, represents a cropping pattern used on a farm and their interaction with farm resources, other farm enterprises, and available technology, which determine their make up. It is defined, as the order in which the crops are cultivated on a piece of land over a fixed period or cropping system is the way in which different crops are grown. In the cropping systems, sometimes a number of crops are grown together or they are grown separately at short intervals in the same field.
Broadly speaking there are 3 types of cropping systems in India:
1. Sequential – In sequential multiple cropping, farmers use short duration crops and intensive input management practices. E.g.
In Maharashtra:- Rice-Frenchbean-Groundnut
In Rainfed Areas:- Pigeon Pea – Wheat
2. Inter-Cropping – Growing two or more crops simultaneously on the same field is called intercropping. In this case, crop intensification is in both temporal and spatial dimension. There is an inter-crop competition during all or in part of crop growth. E.g.
Maize and Groundnut in Ranchi
Cotton and Groundnut in Junagarh
3. Alley Cropping System – Growing of annual crops with multipurpose perennial shrubs/trees is called alley cropping. It is a way of increasing production potential under fragile environments. It is recommended to meet food, fodder and fuel needs besides improving soil fertility e.g. In the salt-affected alluvial soil areas of Modipuram, alley cropping of rice-wheat sequence is done with trees like babool.
Modern scientific cropping has three pillars,
1. Genotype: genetic makeup of seed.
2. Geometry of planting :
a. Shape of planting pattern on the land surface.
b. Space of the area for the individual plant. Geometry of planting may be circular, rectangular, square type or cubical. It is indirectly related to plant population. Cubical pattern of planting has maximum plant population. Plant population may be defined as (i) size of area available to the individual plant, (ii) number of plants per unit area.
3. Management practices: include all the practices of crop production. For the cropping system, management includes,
a. Type and arrangement of crops in time and space i.e. cropping pattern.
b. Choice of variety.
c. Method of stand establishment.
d. Pest management and harvest.
Depending on the resources and technology available, different types of cropping systems are adopted on farms, which are as below.

Mono-cropping or Single Cropping: Mono-cropping refers to growing only one crop on a particular land year after year. This is due to climatologically and socio-economic conditions or due to specialization of a farmer in growing a particular crop.
Groundnut or cotton or sorghum is grown once in a year due to limitation of rainfall. Rice crop is grown, as it is not possible to grow any other crops, in canal irrigated areas, and under waterlogged conditions.

Monoculture: Practice of repetitive growing only crop irrespective of its intensity as rice-rice-rice in Kerala, West Bengal, and Orissa.

Relay Cropping: Growing the succeeding crop when previous crop is at its maturity stage-or-sowing of the next crop immediately after the harvest of the standing crops. Or it is a system of cropping where one crop stands overland to the crop in quick succession. e.g.
1) Paddy – lathyrus
2) Paddy – Lucerne.
3) Cotton – Berseem.
4) Rice – Cauliflower – Onion – summer gourds. 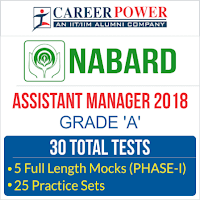