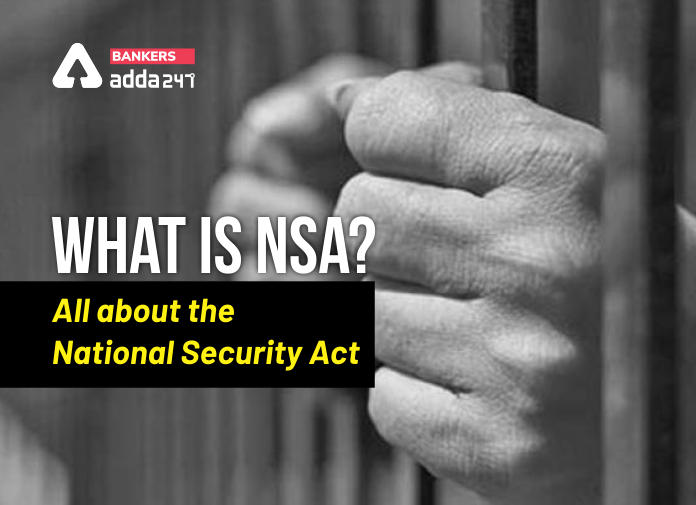 The National Security Act empowers the state government to prevent a person who is a threat to national security from disrupting the public order. People protesting against CAA found in creating violence due to which the government asked to apply NSA on them. Rasuka or राष्ट्रीय सुरक्षा कानून refers to the National Security Act. Rasuka allows police to detain a person for months when they feel that he or she is a threat to national security. Also, they can put them in jail for 12 months if the situation goes out of control.

Know everything about the National Security Act (NSA)

The center or state government has the power to take a person in custody to stop them from disrupting the public order. Also, the National Security Act is for the maintenance of services and supplied, which are essential to the community. When our Indian Government was under the control of Indira Gandhi, the NSA act passed on 23 September 1980. According to this act, it is all about securing India and the government will have control over people. In the past years, the NSA extends to the whole of India except Jammu and Kashmir. But in the last year, 2019, the National Security Act was extended to Jammu and Kashmir by following the abrogation of Article 370.

What is the history of the National Security Act?

In India, the National Security Act is not the first law enacted. At the time of the First World War, the Defense of India Act of 1915 enabled the state to detain a citizen preventively. The efficient feature of the Rowlatt Bills empowers the country to hold a citizen without giving any right to take the assistance of lawyers. In 1935, the Government of India Act provided the powers of preventive detention to the state connected with external affairs or defense. In 1980, the National Security Act promulgated in India.

The National Security Act passed in 1980 during the Indira Gandhi Government determines the purpose of providing preventive detention is specific cases. The Act empowers the state and central government to detain a person to prevent the detention of the maintenance of public order, the maintenance of supplies essential to the community.

The maximum span for which the person can detain is 12 months, according to the National Security Act. However, the state government has the right to extend it whenever they feel the necessity. Moreover, no extension shall remain in force for more than 12 months until it gets approved by the state government.

Why are states applying the National Security Act?

According to Article 22 of the Indian Constitution, a person arrested cannot be denied the right for consultation or to get defended. Section 50 of the Criminal Procedure Code (CRPC) says that any arrested person has to inform the grounds of arrest and has the right for bail. However, under the National Security Act, none of such rights are available to the detained person. Moreover, NCRB does not include any case under the Rasuka due to no registered FIRs.

In the last days amid coronavirus outbreak, DGP of Uttar Pradesh gave instructions to all the officials for imposing Rasuka against violence in Uttar Pradesh. The four persons accused of instigating residents and chasing away the health workers get invoked by the National Security Act.