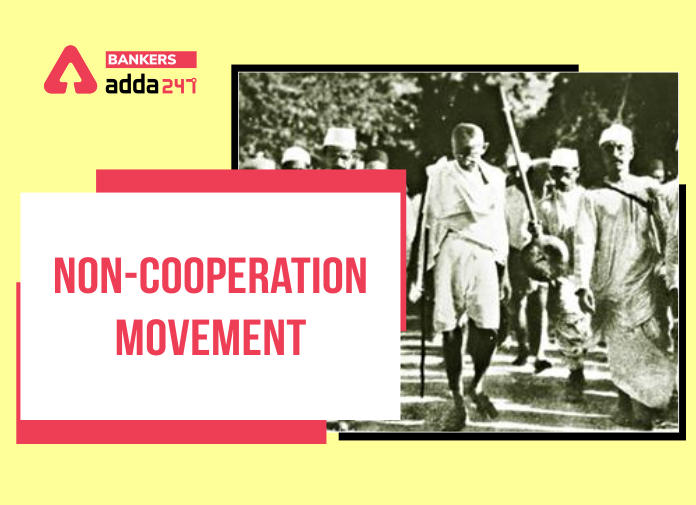 Non-cooperation Movement: When you want to gain freedom through non-violence(ahimsa) and truth(Satya) as the only weapons. To drive a message to the Invaders to leave the country and give the indigenous people independence. You would have to devise innovative ways of protest; one such movement started by Mahatma Gandhi was a ‘non-co-operation’ movement. To resist the British rule in India, the non-violent means of satyagraha got used to fighting back the policies and atrocities that got meted out on the Indians.

A fight with a cause- Non-cooperation Movement

The fight for freedom was going on with several different methods. Some extremists used methods of violence to let the British understand they would get the same degree of hurt or killing of any Indian. Moderates believed in protests and marching out and sloganeering.

The Jallianwalla Bagh massacre, the reforms brought through Montagu Chelmsford, the Rowlatt Act, and Khilafat agitation caused a significant discord when people decided that they had enough of British rule. The protest of the national scale was underway, and in the year 1920, on August 1st, the people spoke, and the British had to listen. It was the Non-cooperation movement now aimed at attaining Swaraj, i.e., complete freedom and nothing less. The time to negotiate and bring changes in the Acts passed was long foregone. The people wanted to stand on free land which was rightfully theirs.

How the propagation of the movement happened

The non-cooperation movement was in full swing till 1921, with all sections of the society getting involved in the movement. It was the time to follow this movement with the next big level blow to the rule of the British under the leadership of Gandhiji. The next movement of protest was Mass civil disobedience. But before anyone could follow up on that, the Chauri Chaura incident marred the infamous attack on the policeman who tried to stop the agitation which went out of hand, causing the mob to unleash their fury and hacking the policemen and burning down the police station.

Since the protest turned violent, Gandhiji had to suspend the non-cooperation movement on February 12th, 1922.

Q. Where was the non cooperation movement called off?
It was called off, after an angry mob murdered police officers in the village of Chauri Chaura.