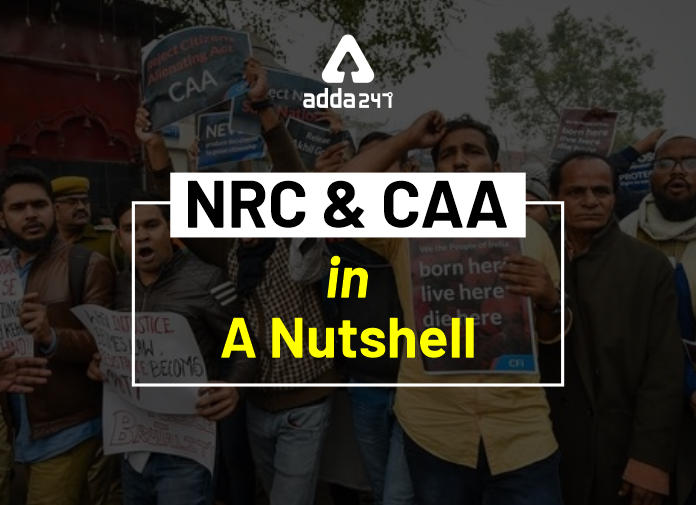 NRC (National Register of Citizens) and CAA (Citizenship Amendment Act) is the most debated topics of this time. You must be aware of the chaos it created. Do you know the exact definition of NRC and CAA. The newly introduced bill CAB (Citizenship Amendment Bill) became an act in a short span and is attracting huge protest. Let’s see what lies inside the CAA and NRC.

Why it is needed?

There are thousands of Hindus, Sikhs, Jains, Buddhists, Christians and Parsis who have entered India after facing religious persecution in countries like Pakistan, Bangladesh and Afghanistan without any valid document.
These refugees have been facing difficulty in getting Long Term Visa (LTV) or Citizenship.

The existing Citizenship law does not allow anyone granting Indian nationality if he or she can not show proof of documents on country of birth and therefore they have to stay at least 12 years in India.
Those Hindus who are persecuted due to religion has no other place to go except India.

NRC is the National Register of Citizens. The NRC identified illegal immigrants from different regions. It was recently been implemented in Assam and has been speculated to be a nation-wide process soon as per the Home Minister Amit Shah. The people who will have the document proof do not have to worry about. The documents needed for the same is:

2. Board or university certificates

Why it is needed?