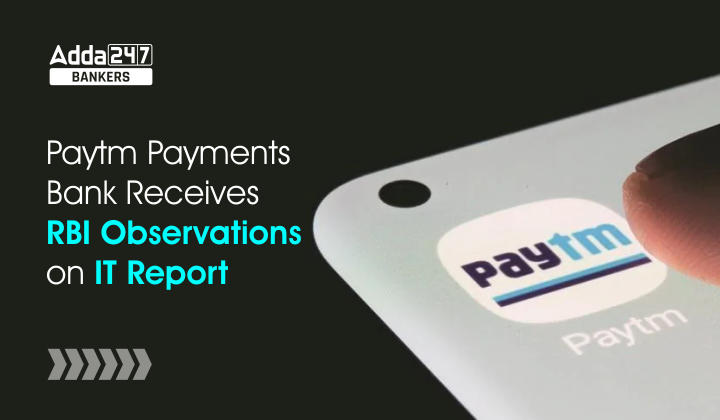 Paytm Payments Bank receives RBI observations on IT reports: More than six months after being asked to pause onboarding new customers, Paytm Payments Bank (PPBL) management has received an RBI-mandated IT auditors report and the central bank’s observation on it. According to the preliminary assessment conducted by the bank management team, the observations revolve primarily around the continued strengthening of IT outsourcing processes and operational risk management.

The fintech firm also stated that it does not know when it will be permitted to resume onboarding new customers. It maintained, however, that the measures imposed on PPBL will have no material impact on Paytm’s overall business.

What is Payments Bank?