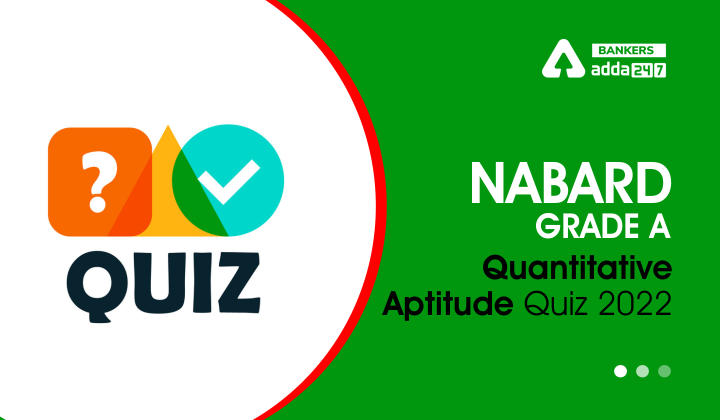 Directions (6-10): Read the following bar graph carefully and answer the questions given below.
Given the bar graph shows the total number of students (boys and girls) and the number of boys studying in different coaching centers (M, N, P, Q, and R) in a town. 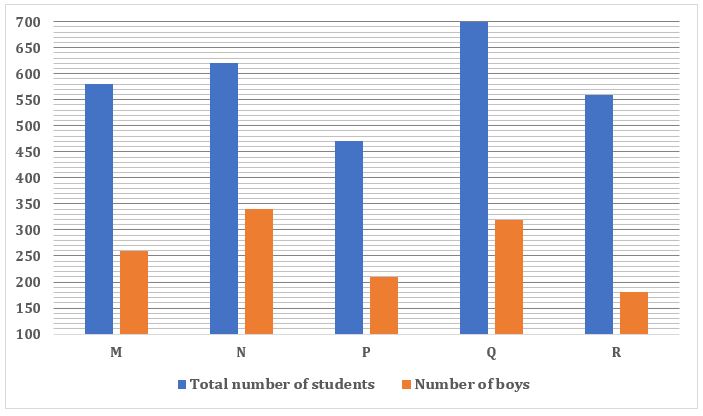 Note: Students are preparing for only Bank and SSC examination.

Directions (11-15): The table given below shows total number of players and the ratio of female players to male players played five different sports in a district.
Note: (i) Total players = male players + female players.
(ii) Each player plays only one sport. 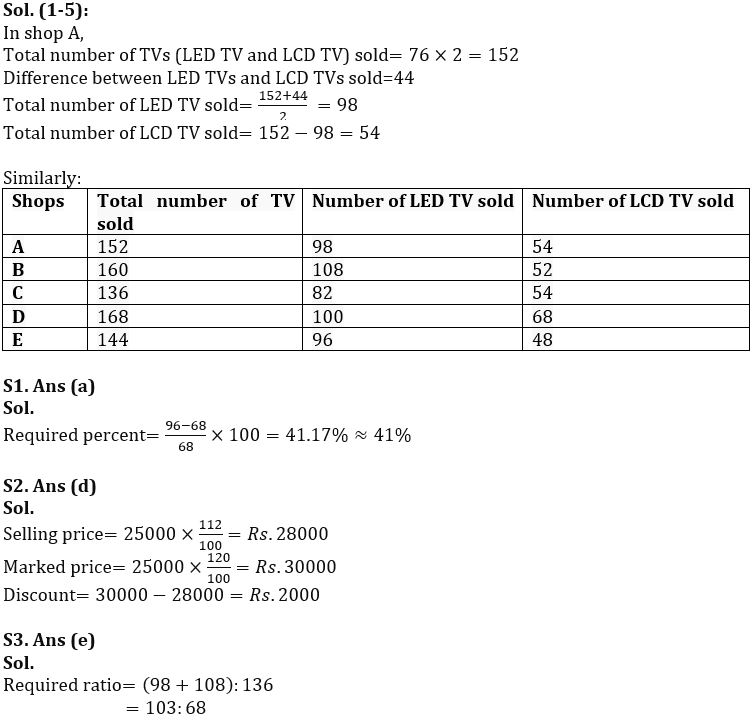 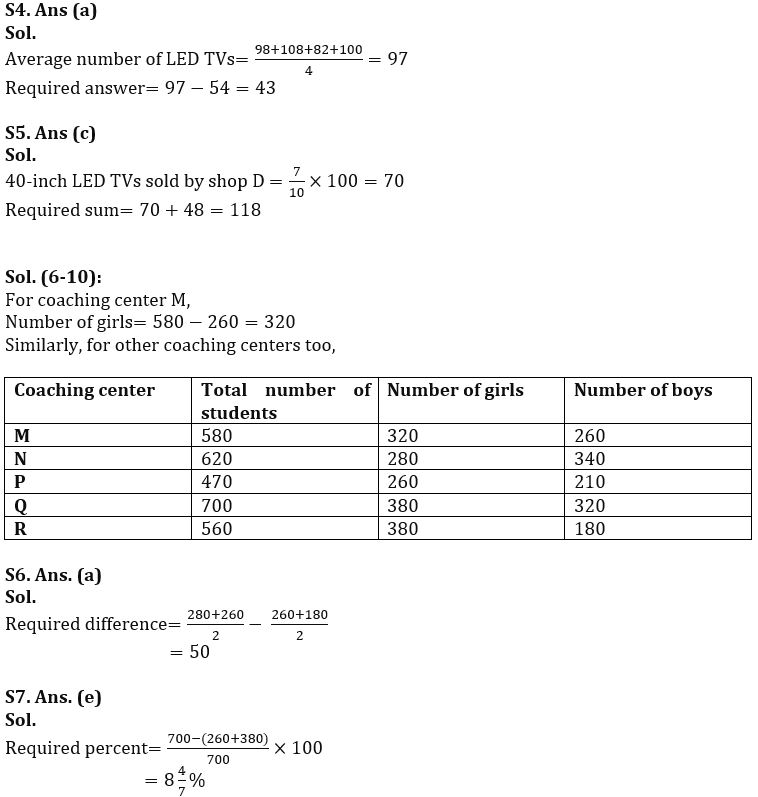 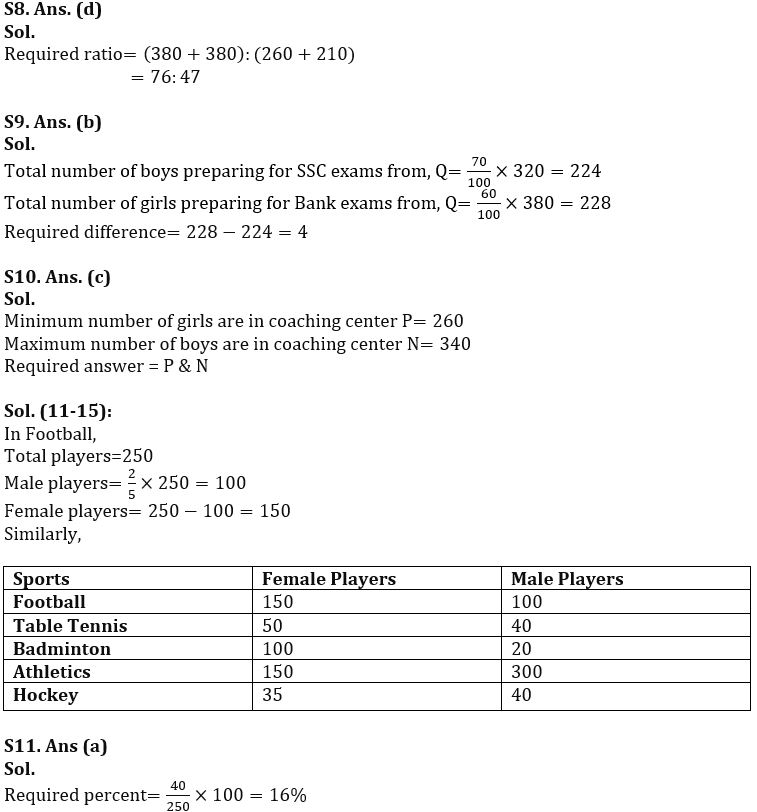 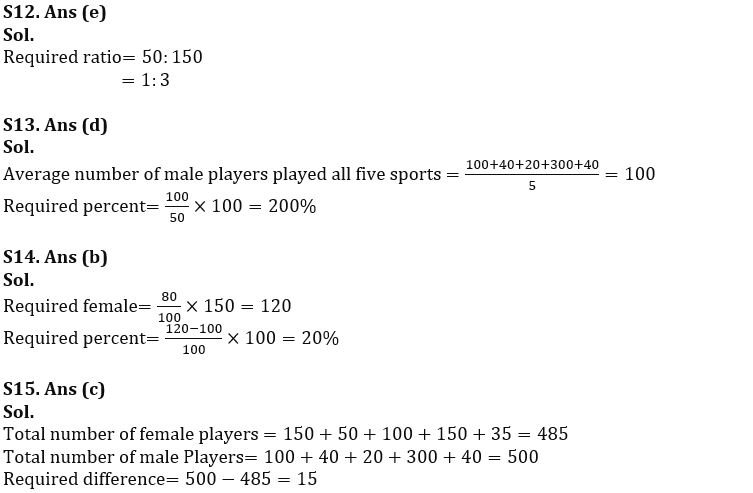